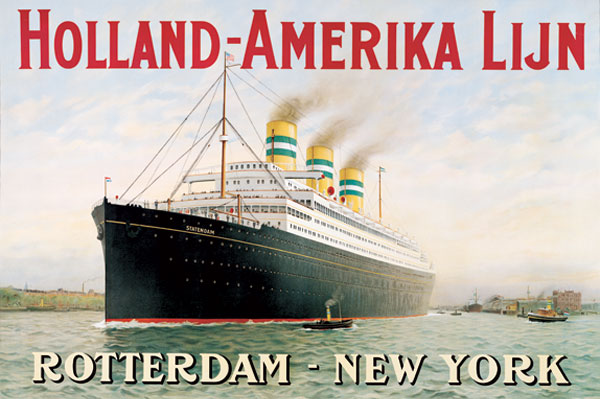 Holland America Line celebrated its 145th anniversary yesterday, marking its place in history as one of the most experienced cruise lines in the world.

What started as shipping and passenger line Netherlands-American Steamship Company in 1873, is today an award-winning premium cruise line taking guests to more than 400 ports around the world, sailing on all seven continents.

Within 25 years of its founding, the company owned a fleet of six cargo and passenger ships and operated between Holland and the Dutch East Indies. Because it was headquartered in Rotterdam and provided service to the Americas, over time the company became known as Holland America Line.

Orlando Ashford, Holland America Lines’ president, said that: “Holland America Line proudly honours the rich and rare legacy of our past while exceeding the expectations of todays traveller with the very best experience at sea.”

Ashford continued: “Throughout the history of the company, our purpose has remained the same: to bring to life the dreams of those who sail with us, discovering new places, cultures and people along the journey. We look forward to the next 145 years.”

Today, Holland America operates 14 ships sailing to all seven continents and throughout its history, it has carried over 16 million passengers to vacation destinations across the globe.

The new 99,500-ton ship will reflect the ongoing evolution of the company. Holland America Line’s first ship to be called Statendam sailed in 1898, and this will be the sixth ship in the company’s history to carry the name. In combining the Dutch word for new with the classic Statendam, Holland America Line is celebrating the companys past, present and future.

For more, sail on over to www.hollandamerica.com .