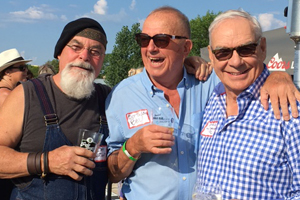 Industry legend, Ron Harding celebrated his 80th birthday recently and he got quite a surprise.

However, the telling of this story is probably best left to Michelle Pinard who told Press Today the following:

“For those who know him, Ron Harding is an ENTHUSIAST, and that’s an understatement. He’s so enthusiastic about Collingwood and the entire Bay area that he’s constantly taking people on tours. When he’s in the Villages in Florida, he writes travel tips and brochures for visitors. And when he was Executive Vice President of Marketing for Sunquest Vacations for 25 years, his enthusiasm went from the smallest line of copy in a Sunquest brochure to bringing a life-sized airplane into a reception for travel agents.” 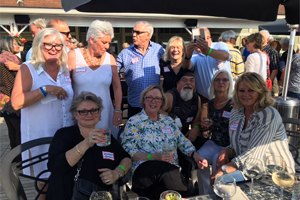 “Trying our best to be humble about Sunquest’s success in the marketplace is hard. After all, they WERE the operators who launched Vegas, Acapulco, Ireland with hundreds of thousands of travellers, and that was only the beginning.” 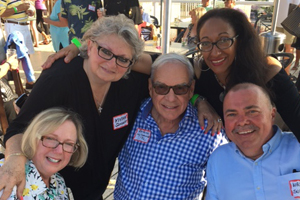 “But it was RON HARDING who drove the muscle, particularly in the early days. Marketing was and is his forte, but he landed on the sales department with a bang giving lessons on HOW to build relationships that lasted — literally – forever.” 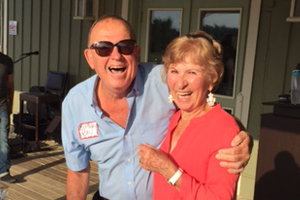 “Ron began in the travel business with a company named GREAT PLACES — the first company to fly charters with Wardair. Then wily Pat Brigham, who always instinctively spotted true talent, stole Ron away to Sunquest. That core team was together, operating as one, for 25 years. There was nobody like them.” 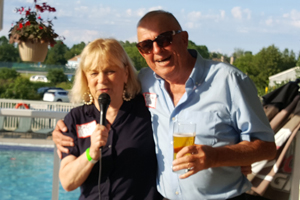 “Ron finally retired, but he didn’t fade into the background. Au contraire, he’s as involved with things he loves to do as he always was — both locally and down in the Villages.” 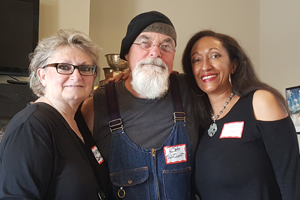 “Ron is vibrant with energy, love of life and so much love for family and friends. It was an emotional moment when Ron had to grab the wall and a tear came down his cheek when we all yelled SURPRISE ! May we all be so lucky.” 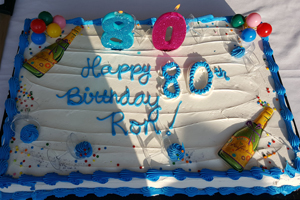