Home › Destinations › Having A Ball In Vienna

Having A Ball In Vienna 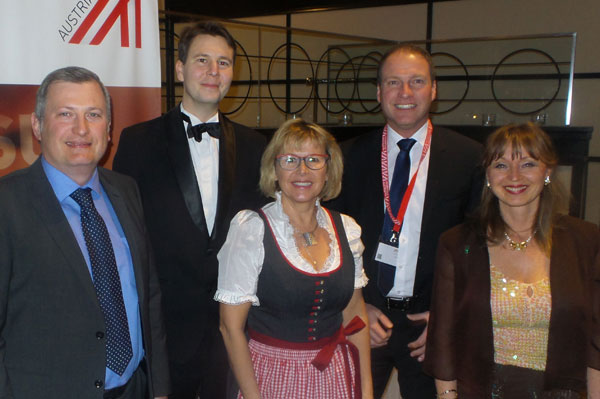 Austrian tourism officials say it’s easy for tourists to have a ball in Vienna.

And that’s particularly true for those there during January and February, the height of the season when Viennese like to dress in an elegant manner and take to dance floors.

A city that is often synonymous with classical music sees hundreds of balls during January and February and tourists wanting to take to a dance floor with locals needn’t be particularly skilled in classic dance routines to do so, a Tuesday Toronto gathering was told.

Arnulf Gressel, Austria’s vice-consul in Toronto, noted during the Austrian Tourism Showcase that visitors can sign up for a dance lesson that also features dinner, suitable attire and a horse-drawn carriage ride to a grand ball, with the event providing a “fairy tale night” for participants.

The Toronto evening featured both dance and opera performances to help showcase Vienna’s cultural side.

Tourists can “spend day and weeks in Vienna, with every day [offering] something new,” he added.

Gressel also reported that visitors can stay in a suite in the city’s famed Schonbrunn Palace, with a stay there enabling those visitors “to live like an emperor.”

Meanwhile, Sherif Sedhom of Austrian Airlines told the gathering that his carrier provides a non-stop link between Toronto and Vienna and will be introducing its Premium Economy service on long-haul routes in March.

He said Austrian Airlines staff are trained “how to be charming with our passengers” and noted that Skytrax, which monitors airline performances, has declared that his carrier provides the best airline service in Europe for the past four years.