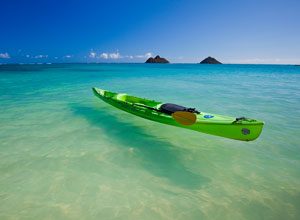 Economic sustainability for the Hawaii tourism industry relies almost exclusively on the volume of airline traffic that flies into the islands, and between the islands.

So delegates to the recent Global Tourism Summit held in Waikiki were pleased to hear a generally bullish outlook in the forecast for Hawaii’s airline capacity in the near future, in a presentation by Brad DeFiore, managing director of Ailevon Pacific Aviation Consulting, reports western editor, Ted Davis in the Hawaii: Paradise Perfected supplement in the Oct. 9 issue of Canadian Travel Press.

For example, his organization tabulated an additional 170,000 visitors to Hawaii in 2017 to date versus 2016, and also counted US$312 million in direct visitor spending.

Mainland traffic – mostly west coast US – is up by 8% and more capacity growth is forecast for 2018, said DeFiore. “International capacity has grown 58% since April 2009.”

Capacity from Canada has generally adhered to this trend, with a 26% increase in the number of seats to Hawaii since 2012.

But having said that, Canadian airline capacity is down slightly (5%) from its peak in 2016, said DeFiore. Also, yields are down by 14% but starting to trend back up, he said.