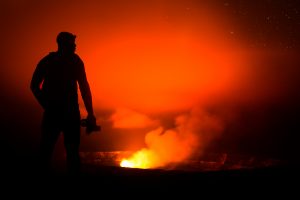 The US National Park Service is celebrating its centennial this year, and the state of Hawaii is taking part at its nine national parks.

Beyond their incredible natural beauty, many of these parks are also unique in the world for their preservation of multiple sites and structures significant to Hawaiian history and culture. Their importance has been detailed in numerous mele (songs), oli (chants) and moolelo (stories).

For instance, Hawaii Volcanoes National Park on Hawaii Island (The Big Island) is the largest national park in the Islands and ranges in elevation from sea level to 4,000 metres. It is the only Hawaii national park with active volcanoes: Kilauea and Maunaloa.

In addition to its geological and biological significance, the park has deep meaning to the Hawaiian culture as an area rich with culturally important sites, and as the sacred home of Pele, the Hawaiian goddess of fire.

Also on Hawaii Island, the Ala Kahakai National Historic Trail traces the daily journeys of early Hawaiians who used it to trek between island settlements. More than 280 km in its entirety, the trail tracks a coastal system of pathways from the northernmost tip of Hawaii the Big Island, south along the Kohala and Kona Coasts and around southernmost point Ka Lae.

Much more recent history is the subject of preservation at the World War II Valor in the Pacific National Monument at Pearl Harbour in Oahu. It is home to the USS Arizona Memorial, memorials for the USS Utah, USS Oklahoma, and other sites on Ford Island and former Battleship Row that were all attacked by Japanese aircraft in a surprise raid on Dec. 7, 1941. In the 75 years since the attack, Pearl Harbor has become a place of poignant contemplation on the human cost of war. The 75th anniversary of the attack on Pearl Harbor will be marked on Dec. 7, 2016.