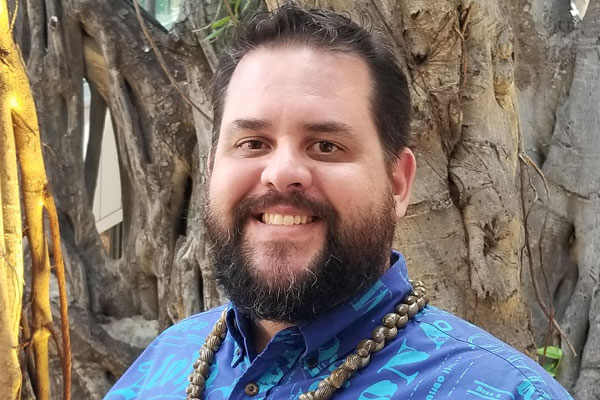 The Hawaii Visitors and Convention Bureau (HVCB) has appointed Kainoa Daines to the newly created position of director of culture and product development.

Daines previously served as the director of sales for the Oahu Visitors Bureau, a HVCB Island Chapter, for nearly eight years and a cultural advisor to HVCB for nearly seven years.

Daines will ensure that HVCB’s destination marketing efforts not only align with appropriate cultural standards, but also preserve and advance the Hawaiian culture in all aspects of the Hawaii visitor industry. He will be responsible for the design, co-ordination and management of internal and external programs including an expanded cultural training program for members on all islands and HVCB staff.

Daines serves on the board of the Friends of Iolani Palace and the Hawaii Tourism Authority’s Hawaiian Culture Advisory Council, and is the former president of the Kamehameha Schools Alumni Association and Hospitality Sales & Marketing Association International (HSMAI) Hawaii chapter. He also serves as the state commissioner and chair of the King Kamehameha Celebration Commission and has voluntarily chaired the King Kamehameha Celebration Floral Parade since 2011.