Britain Puts Its History On Show 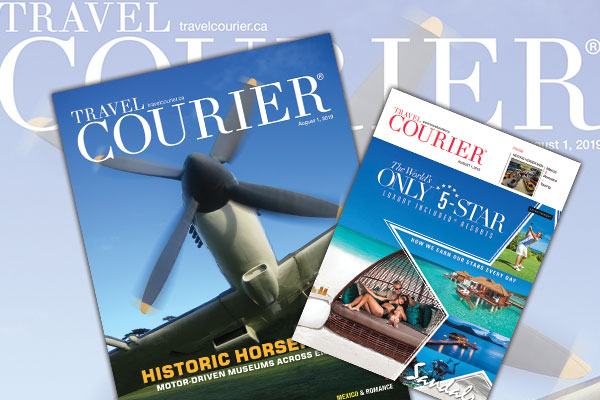 On June 6 this year, a few historic relics from the golden age of flight lifted off from an airfield in eastern England to participate in a re-enactment of the D-Day landings. It was 75 years to the day since these same aircraft had taken off in the early morning gloom to start the attacks that would eventually bring WWII to a close, writes western editor, Ted Davis in this week’s Travel Courier cover story.

This reenactment of the paratroop invasion was just a fraction of the original armada, when fleets of C-47 Dakota transports filled the skies over France. But even those few C-47s galvanized onlookers with their fly-past, generating an historic roar that is now seldom heard. Such is the impact of motorized moments in history.

Britain was the source of many of those moments through the 1900s and even the 1800s, when coal-fired steam trains carried the message of industrialization through the country. In the following century came landmark names like Bentley, Triumph, Jaguar and Spitfire, all of which helped cement the British reputation for design excellence and innovation.

A vacationer can easily add this motor-driven element of English history to their travel itinerary, setting aside a few days to visit the places where British horsepower pre-eminence was established. And it’s probably best to conduct such a tour behind the wheel of a rental, since many of these museums are located out of town, in the countryside.

For the full story, don’t miss this week’s digital edition of Travel Courier.