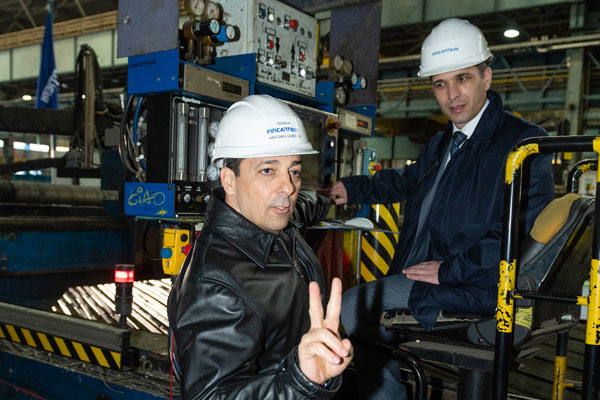 Holland America Line’s next Pinnacle Class ship reached a construction milestone recently as the steel for the main section was cut at Fincantieri’s Marghera shipyard in Italy. The new build, due for delivery in May 2021, will be the 17th ship constructed for Holland America Line by Fincantieri, which most recently delivered Nieuw Statendam.

As the third in the series, the new ship will carry 2,662 guests and include popular Pinnacle Class innovations such as Rudi’s Sel de Mer; the World Stage, with two-storey, 270-degree wraparound LED screens for immersive main stage performances; and the best live music at sea in Music Walk with Lincoln Center Sage, B.B. King’s Blues Club, Billboard Onboard and the new Rolling Stone Rock Room.

Other featured hallmarks of the premium brand include wrap-around teak decks, luxurious staterooms, a stunning artwork collection and award-winning cuisine ranging from casual to fine dining.

Orlando Ashford, president of Holland America Line, commented: “The steel cutting is always an exciting milestone in the construction process because from here the ship quickly takes shape and we, along with our loyal guests and travel partners, begin counting the days until the first cruise. The Pinnacle class has been a resounding success, and we look forward to welcoming the third in the series to our fleet, joining sister ships Koningsdam and the recently launched Nieuw Statendam.”

As with Koningsdam and Nieuw Statendam, the new ship will feature exquisite public spaces and its own style created by leading hospitality designer Adam D. Tihany and designer and architect Bjørn Storbraaten.

Grand, light-filled spaces create visual drama, and the sumptuous interiors are inspired by the fluid curves of musical instruments.