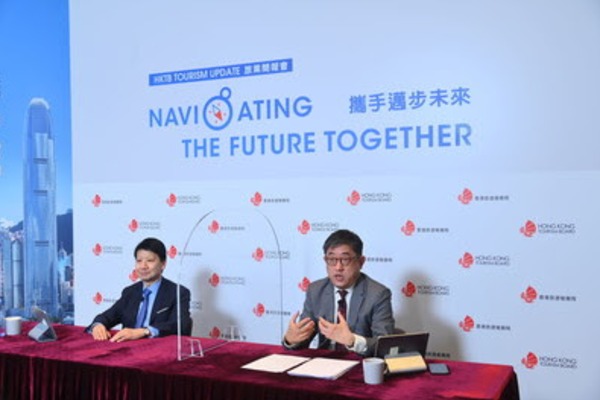 Hong Kong is preparing to step up its promotions, with plans to launch a new round of the Hong Kong Neighbourhoods campaign and it’s hopeful that it can relaunch mega-events in physical formats to prepare for tourism’s recovery.

That was just some of the news that came out of the Hong Kong Tourism Board’s (HKTB) annual Tourism Update event which was held online and featured discussions of tourism trends and the sharing of details of the HKTB’s latest strategic plans.

HKTB Executive Director Dane Cheng revealed details of the plans to step up promotions and the launch of the new round of the Hong Kong Neighbourhoods campaign; along with its hopes to relaunch mega-events in physical formats to prepare for tourism recovery.

Said Cheng: “As well as driving local tourism through the Holiday at Home platform, the HKTB has maintained Hong Kong’s international profile with a succession of promotional campaigns throughout the pandemic.”

He continued: “The global economy has started to rebound with Asia predicted to recover sooner, and the Mainland expected to outperform other markets in economic growth. Combined with the gradual easing of the pandemic situation in Hong Kong, this makes it a good time for Hong Kong to further raise its profile.”

And Cheng added: “As cross-border travel gradually resumes the HKTB will launch the Open House Hong Kong platform to conduct large-scale promotions in our source markets.”

In recent years, the HKTB launched two promotions, Old Town Central and Sham Shui Po, under its Hong Kong Neighbourhoods campaign. Both were warmly welcomed by visitors who appreciated the in-depth experience they offered.

To tie in with the opening of M+ visual culture venue in late 2021, the HKTB will focus its next promotion on the West Kowloon Cultural District and its surrounding area in the next quarter by revamping the promotions on the authentic local cultural aspects of the neighbourhood to help boost interest from visitors as travel resumption draws closer.

And if the pandemic situation in the city remains under control, the HKTB also hopes to relaunch mega-events that Hong Kong people can initially take part in. The first event to return in a physical format will be the Hong Kong Cyclothon, and the HKTB is studying the feasibility of extending its route to the Hong Kong Section of the Hong Kong-Zhuhai-Macao Bridge to add to the event’s appeal.

For other mega-events to be conducted in an “Online+Offline” format, new elements of interests will be added to maintain Hong Kong’s global visibility. The HKTB will also continue to lobby for international large-scale business events and meetings to be hosted in Hong Kong.

However, the pace of global tourism recovery will be determined by the situation surrounding the pandemic and the vaccination rate worldwide. The HKTB, therefore, appeals to everyone in tourism-related industries to take part in the vaccination programme and helps Hong Kong achieve herd immunity as soon as possible.

During its Tourism Update, the HKTB invited representatives from leading Mainland and HK brands to share their insights:

The HKTB also announced that provisional visitor arrivals for April were over 5,700, a 38.3% increase on the same month in 2020. The rise is a result of the low base figure for comparison from last year.

For more, go to www.hktb.com .