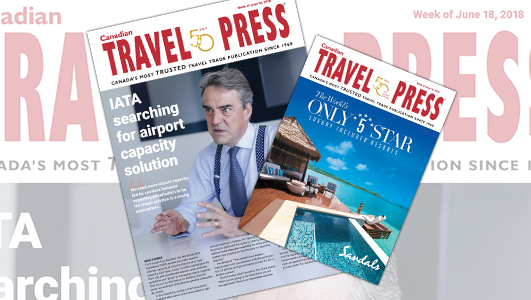 For the past four decades the Worldwide Slot Guidelines (WSG) system has been used to allocate capacity at airports that are at or near capacity, reports Quebec editor, Mike Dunbar in this week’s digital edition of Canadian Travel Press.

Each year, some 1.5 billion passengers fly from 195 slot coordinated airports and, while the guidelines are ‘great’ at managing scarce capacity they are not an alternative for building more airports, according to IATA director general Alexandre de Juniac.

In the meantime, during a chief executives round table discussion at the association’s 74th annual meeting in Sydney, Air Canada boss Calin Rovinescu defended the system, stating that airlines need adequate capability for entry and the system has created an “enormously competitive industry.”

He declared, “The model is not broken. Independent slot coordination with the participation of airlines and governments proves it’s not a broken system.”

But Emirates chief Executive Tim Clark asked, “What are we going to do when there are not enough slots? There’s no immediate solution and it will be acrimonious when slots reach their finite point.”

And Rovinescu responded, “That’s a lack of infrastructure development issue, not a slot allocation system issue.”

In his report on the industry, de Juniac stated bluntly, “We are in a capacity crisis and we don’t see the required airport investment to solve it. Governments struggle to build quickly but with cash-strapped finances, many are looking to the private sector for solutions.”

He told member airlines, “Our message: We need more airport capacity but be cautious because expecting privatization to be the magic solution is a wrong assumption.”

For the full story, check out this week’s digital issue of Canadian Travel Press.