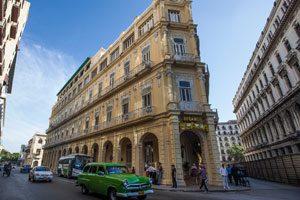 The Caribbean Hotel and Tourism Association (CHTA) has voiced regret over the recent U.S. reversal of its travel policies on Cuba and the likely effects on the socio-economic development of Cuba and the wider Caribbean region.

The association indicated that it continues to support the ending of the U.S.-Cuba embargo and its restrictions on trade and travel, and encourages Cuba’s active engagement in regional economic development.

And it notes that the announced policy changes could stall or altogether reverse the heartening progress made in recent years.

If restrictions are indeed re-imposed, the CHTA said that it expects adverse effects for U.S. businesses — not only for import-export companies, but also for the U.S.-based travel-related businesses that have made considerable investments in Cuba since normalization began – and lost opportunities for those U.S. companies considering doing business there.

It pointed out that even before full normalization, Cuba’s hospitality industry’s growth outpaced the rest of the region and most of the world.

Major global hotel chains from outside the United States have been investing in Cuba and today they manage tens of thousands of rooms.

As latecomers, U.S. firms are already at a competitive disadvantage in Cuba. They risk becoming marginal players in the travel industry’s growth in Cuba and throughout the region.

And as a result, the CHTA is urging the United States and Cuba to accelerate cooperation and collaboration between their governments, based on their mutual acknowledgment that the growth of travel and trade presents the greatest opportunity for breaking the long-standing social, political and economic barriers that have historically divided the two countries.

It also said that any new regulations should continue to encourage small and medium enterprise opportunities, both Cuban and U.S.-sourced. And the CHTA also urged Cuban authorities to accelerate adjusting their investment and business licensing regulations to foster the local enterprises so crucial for a growing travel industry.

CHTA said it remained hopeful that the recent U.S.-Caribbean Strategic Engagement Act will be a catalyst for this and that the regulatory framework developed in the coming months by the U.S.

Administration, regulating Cuba travel and trade, will address concerns being raised by regional and U.S. travel industry stakeholders as a result of the recent announcement.

Go to http://www.caribbeanhotelandtourism.com for more.