In A New Space 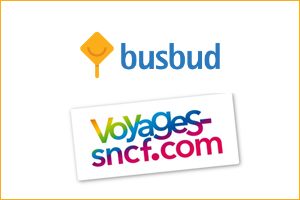 The partnership marks the entry of Busbud into a new space – that of GDS (Global Distribution System), acting as an electronic reservation management platform that will allow Voyages-sncf.com to know in real-time the status of the inventory of tickets for all bus carriers that the site distributes like OUIBUS, isilines and Eurolines.

Busbud also becomes a major technology player in the European market as a result of the new partnership.

Julien Nicolas, director of the Voyages-sncf.com business unit in France, said: “We are used to working with innovative and efficient start-ups in our digital ecosystem to enhance our solutions. As we pursue our expansion in the bus vertical, we chose Busbud because its team is young, dynamic and reliable. During the tendering process, Busbud presented us with a solid proposition for our development in the bus market in France, and also for rest of Europe.”

Geissmann continued: “Voyages-sncf.com demonstrates an innovative spirit towards its customer offerings and we welcome the bet on the bus as a development strategy. Buses will definitely represent a significant share of French and European tourism market in the coming years.”

Busbud’s CEO and co-founder, Louis-Philippe Maurice said: “We believe in the complementarity of the train and the bus, whether it be to increase the number of accessible destinations, create new multi-modal routes or simply allow travellers to choose the cheapest, fastest or most comfortable option according to the needs of the moment.”

And with the latest announcement, Busbud cements its position as a bus specialist and becomes an important distributor for European travel sites.