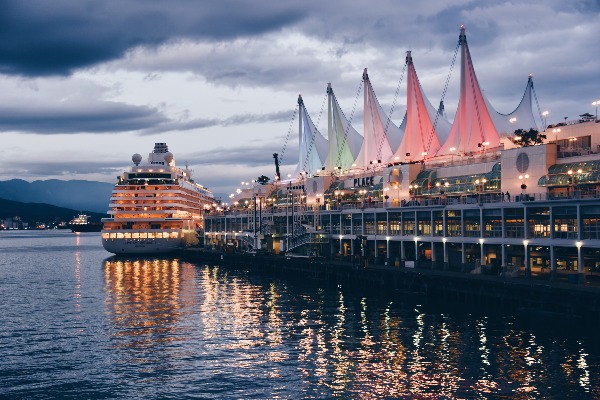 A group of tourism, business, labour and cruise industry leaders have a message for the Canadian government. Take immediate action to signal the safe restart of Canada’s multi-billion-dollar cruise ship industry.

With over 17,000 jobs in British Columbia alone at risk, the coalition of industry partners is asking Ottawa to send a clear signal that Canada is open for safe cruise service and tourism by announcing a scalable restart of the cruise industry and rescinding the order on the suspension of cruise in Canada by the end of the year.

Walt Judas, CEO of Tourism Industry Association of BC, said that: “This is about clarity, certainty, and confidence for the cruise industry, tourism operators, and the thousands of British Columbians who depend on this vital industry.”

Judas continued: “The cruise and tourism industry has been battered by the pandemic and now it is being challenged with further uncertainty. Providing a clear and immediate roadmap for the safe resumption of Canadian cruise in 2022 is essential to the many businesses and jobs the cruise industry supports.”

The group points out that direct communication of a roadmap to resumption is critical because the cruise industry and its passengers are currently making plans for 2022.

In fact, industry and tourism partners have been advocating for months on the importance of developing and sharing plans for the safe resumption of cruise in Canadian waters to instill confidence in Canada’s cruise services. While the health and safety of the public, passengers, and crew remain the top priority, complex decisions for what needs to happen to safely restart cruise service must be made immediately.

Ian Robertson, CEO of the Greater Victoria Harbour Authority, emphasized that: “We need to have the full reopening plan for the borders released as soon as possible.”

And Robertson added: “We know we have missed the 2021 summer cruise season because of the pandemic, but BC can rebound for 2022 if Transport Canada indicates that they will fully rescind the suspension of cruise ships later this fall.”

The group noted that the Canadian government’s Canada announcement on the relaxation of the quarantine requirement for fully-vaccinated Canadians returning home is a small first step toward a full reopening of the border in the months ahead.

The cruise industry generates $4.3 billion in total output, with $2.7 billion contributed to the BC economy alone, and supports 30,000 jobs across Canada, including food and beverage suppliers, hotels, retailers, taxis, visitor destinations, port workers, and maintenance contractors.

The call for Government of Canada action comes as U.S. lawmakers are considering a permanent change which would allow Alaska-bound cruise ships to bypass BC destinations such as Vancouver, Victoria, Nanaimo, and Prince Rupert.

Rob Ashton, President of the International Longshore and Warehouse Union of Canada, said: “If the U.S. efforts succeed, that represents an approximately quarter-million lost hours for the longshore workforce across the province.”

Ashton pointed out that: “The cruise industry creates sustained and well-paying jobs for our members, which in turn helps to stimulate the BC and Canadian economies. A strong and clear plan from government is needed to assure our workforce that their jobs not only matter but are invaluable to this country’s economic recovery.”

This request is made on behalf of the following organizations which are collectively asking Transport Canada to immediately and clearly indicate that they will rescind the ban on cruise ships in Canadian waters before the end of 2021, assuming all health and safety measures are taken: