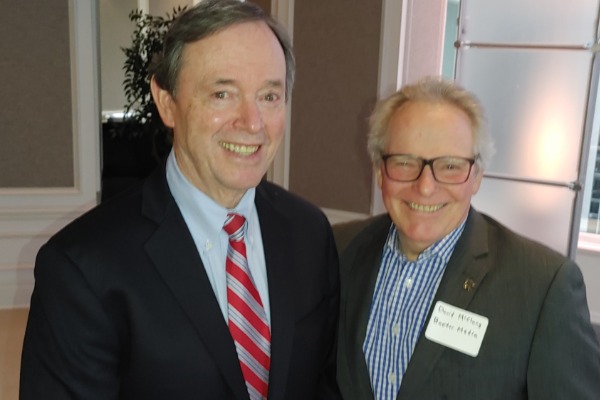 After a career that’s neared half a century and taken him from the Yukon to Ontario’s capital, Don McWilliam is getting ready to bid adieu to the airline industry.

McWilliam, who now oversees the Canadian operation for Dubai-based Emirates, will soon be retiring, a development he says will enable him to free up time for other interests.

“I’m going to spend more time with my grandchildren and on the golf course and visit bucket list destinations. I still want to see the world,” says the Toronto-based McWilliam.

Golf destinations rate highly among must-see parts of the world for McWilliam.

Seen here are McWilliam and Baxter Media’s David McClung, who were at a Tuesday night Dubai and Israel event in Toronto.