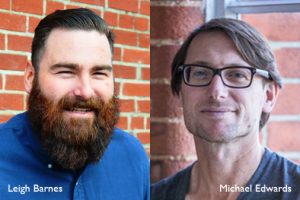 The Intrepid Group has announced the addition of two senior executive roles to its global leadership team.

It has been two years since the Intrepid Group returned to independent ownership and since then has seen record growth of 20% per year across all of its brands. Aligned with the company’s long term vision, CEO James Thornton created the roles to focus on sustained growth in both purpose and profit. Thornton believes the Chief Growth Officer (CGO) and Chief Purpose Officer (CPO) will help Intrepid Group become the first billion-dollar adventure travel company, while donating $3 million into local communities through the Intrepid Foundation by 2020.

“The new senior executive roles are a testament to the rapid growth and innovation we are experiencing as a global leader in the tourism industry,” said Thornton. “We created these roles so that we can continue to fulfill our business’s founding philosophy of helping people and the planet through travel – while creating a new industry standard where purpose and profit are not mutually exclusive.”

In his role as CGO, Edwards, formally Intrepid Group’s regional director in Europe, Middle East and Asia, will manage Intrepid Group’s Regional Directors and Marketing Services team. In 2018, Edwards will help Intrepid expand its Adventure Cruising program into Asia and launch its first Antarctica charters in partnership with Chimu Adventures.

Barnes, formally director of North America, will work closely with The Intrepid Foundation and external partners as Intrepid Group seeks to create more shared value projects and operate a business with a purpose beyond profit. In 2018, it will be committing 0.75% of global revenue towards purpose activities, creating a team of dedicated employees to lead The Intrepid Foundation, and attaining B-Corp status.