Intrepid Wants Tourists to ‘Walk Away’ From Lion Walks 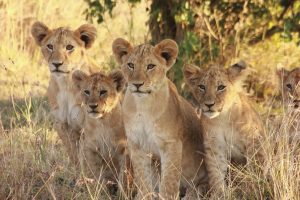 Intrepid Travel marked World Lion Day (Aug. 10) by urging tourists to walk away from lion walks and “orphan” cubs that it says are at “the hundreds of conservation centres believed to fuel the multi-million dollar canned hunting industry in Africa.”

Intrepid became the first tour operator to end elephant rides in 2014. Now the adventure travel company has formally signed a pledge that commits the company to actively work towards “the end of exploitation of lions by the tourism industry.”

Led by the filmmakers behind the 2015 documentary Blood Lions, the Born to Live Wild campaign aims to raise “awareness of the realities behind the cub-petting and lion “orphanage” industry, which sees animal-lovers unwittingly support canned hunting experiences, by giving trophy hunting tourists an easy advantage. In South Africa alone, around 800 lions are shot in canned hunts each year. Many of the people operating South Africa’s 200 or more captive breeding facilities do so under the guise of conservation and research. According to Blood Lions filmmakers and animal-welfare groups, thousands of captive lions and other predators across the continent are bred in poor conditions, living in cages and other confined areas,” Intrepid says.

“It might seem like fun to pet lion cubs or walk with lions, but this is not only stressful for the animals involved, it’s actually contributing to a hunting industry that has made it very easy for anyone with money to kill for a few thrills and an ego boost,” says Geoff Manchester, co-founder of Intrepid Travel.

“Intrepid has never offered any of these activities, but many travellers do want to walk with or pet lions. They are animal lovers with the best of intentions, so it’s up to us to raise awareness of the terrible conditions that these lions are held in just so tourists can have these experiences. The truth is that wild animals belong in the wild, and this exploitation of lions in Africa for entertainment needs to stop.” 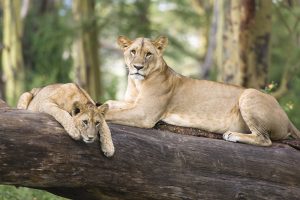