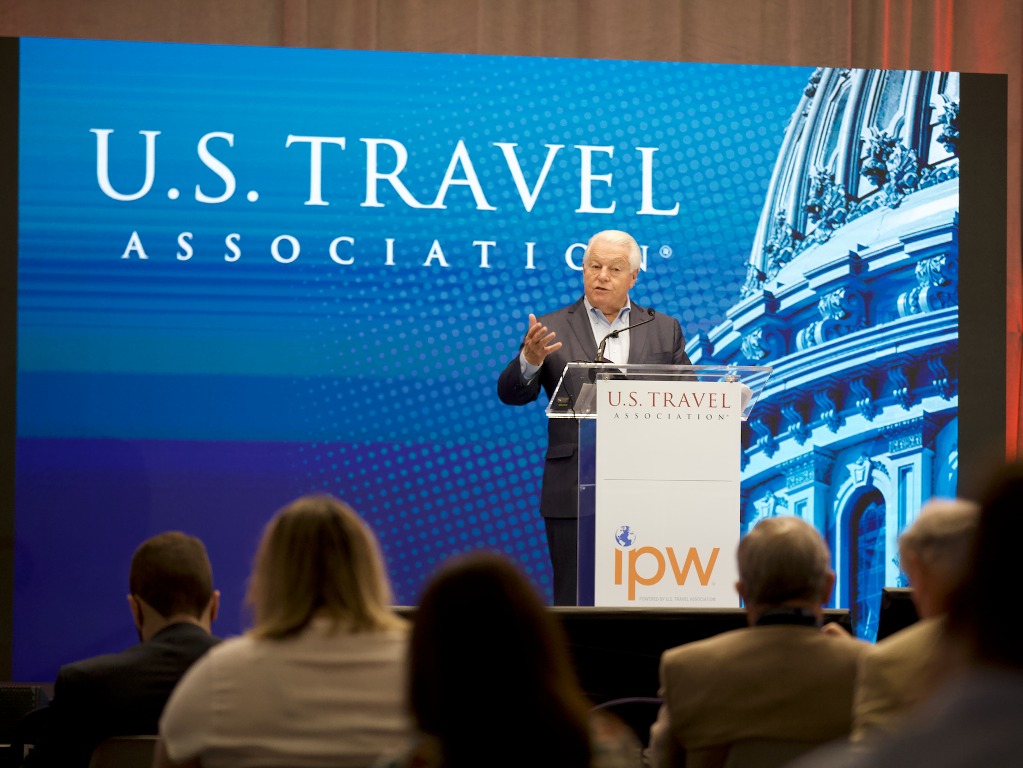 There was no containing the sense of relief and optimism expressed by delegates currently attending the IPW international travel trade show in Las Vegas, on hearing of new federal rules that will greatly benefit the travel industry, reports Press Today’s correspondent, Ted Davis.

The announcement that the United States will soon permit the arrival of air passengers from formerly-banned international source markets, including the United Kingdom and countries of the European Union, was welcome news for IPW attendees, reports Davis, who is onsite covering the trade show and conference.

Starting in November, the U.S. plans to lift travel restrictions on people arriving from overseas who are fully vaccinated against COVID-19. This new policy by the administration of president Joe Biden will also remove restrictions for countries like Brazil, India, Ireland, South Africa and China that have been in place since March 2020.

Foreign travellers must provide proof of vaccination before boarding a flight to the U.S. as of early November, said a White House spokesperson. Fully vaccinated travellers will also have to show proof of a negative COVID-19 test performed within three days before coming to the U.S. 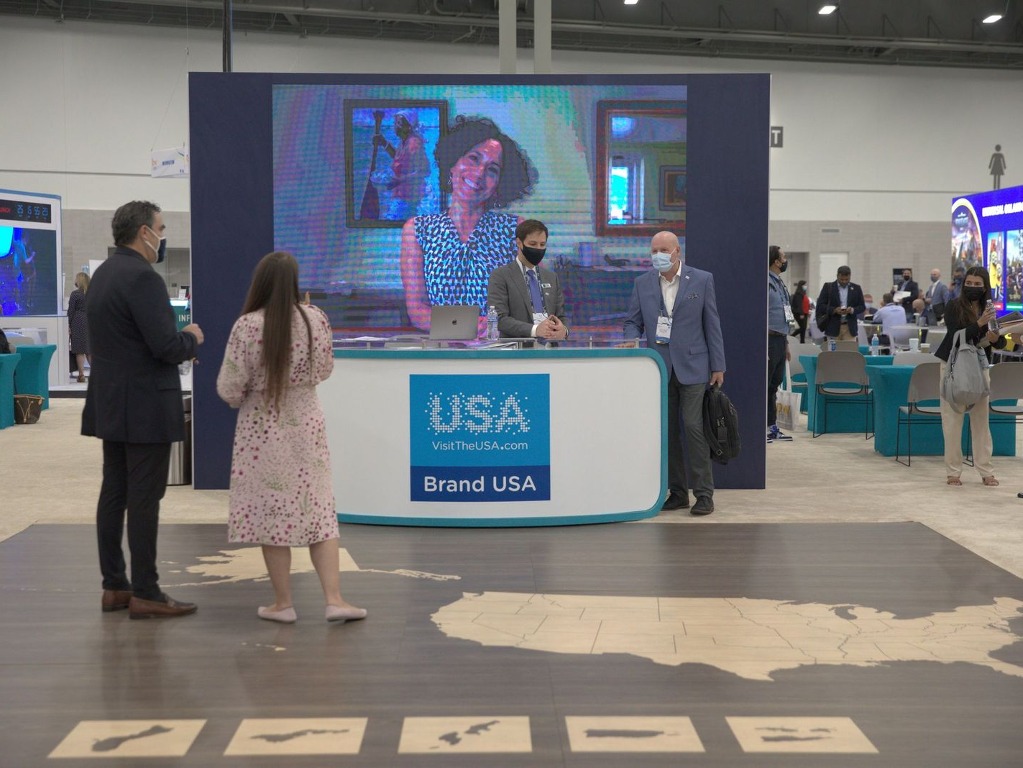 “What great timing for this announcement to be made while we are all in attendance at IPW,” said a smiling Roger Dow, president of the U.S Travel Association. He related the facts that British tour operators and the carriers British Airways and Lufthansa were experiencing a wave of unprecedented booking requests in the wake of the announcement.

“It’s no longer a matter of when we will reopen for travel, but that we are open for travel now,” said Dow, looking back on the widespread damage imposed on the travel and tourism by the pandemic since early 2020. “This crisis was 10 times worse than 9/11,” said the president during a press conference at the Las Vegas Convention Center.

Chris Thompson, president of Brand USA, echoed those thoughts, reflecting on the fact that travel revenues generated by foreign tourism arrivals had dropped by 76% since the onset of the pandemic, and that the world was “exhausted by this crisis.”

But he also agreed with Dow’s assessment of the benefits of the announcement, saying that travel numbers, including arrivals and revenues, would return to pre-COVID levels much more rapidly than predicted.

“Experts have been saying that it will take four years for us to return to 2019 levels of travel,” said Dow. “We believe our industry will be much quicker to return to these benchmarks,” he said, pointing to rapid recoveries from both the 9/11 attacks and the financial crisis of 2008/09. “We had 10 straight years of record travel after 2009.”

He also noted that Las Vegas will be especially impacted by the benefits of the newly lowered barriers to international arrivals to the U.S. “This is the most tourism-dependent city in the nation, so how great is it that we get this announcement by our government while we are all gathered here for this conference.” 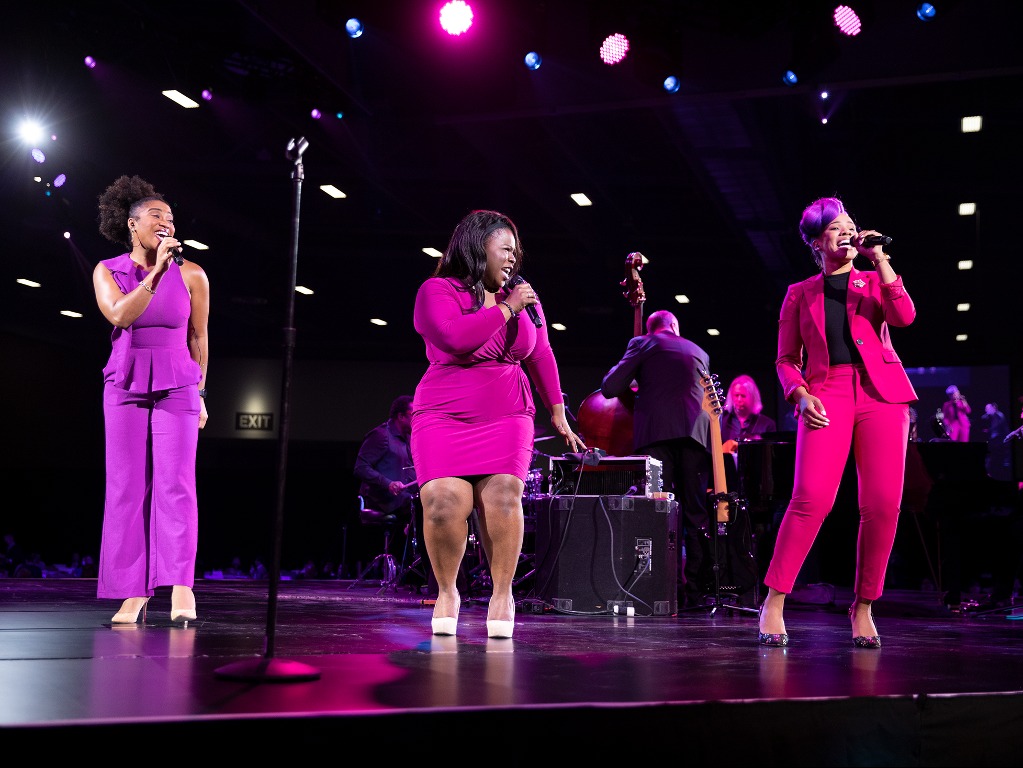 Still unanswered is the question of when there will be a change in the status of the closed land borders to the north and south of the United States. Both Canada and Mexico are seeking news on if these restrictions will be lifted by late October, when the policy is due to be either cancelled or extended.

Time consuming procedures for processing land border crossings into the U.S. are working against cancellation of the policy. “All the resources for quickly controlling arrivals into the U.S. by air are in place at airports,” said Dow. “These resources are not available for land crossings,” said the association president, noting that congested borders with massive line-ups are the potential result of reduced restrictions for land crossings.