Home › Destinations › Ireland at The Oscars

Ireland at The Oscars 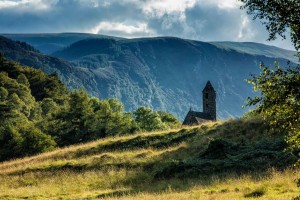 All Irish eyes will be firmly fixed on the Dolby Theatre at the Hollywood & Highland Center on Sunday (Feb. 28) with an incredible nine nominations for Ireland at the 88th Academy Awards, including two films nominated for Best Picture.

Also connected by The Force to Ireland is Star Wars: The Force Awakens, which was partly filmed on Skellig Michael, the island off the coast of County Kerry. This blockbuster movie with its big reveal ending has received multiple nominations: Best Original Score, Best Editing, Best Visual Effects and Best Sound Mixing and Editing.

Some major TV shows are also filmed in Ireland, including Game of Thrones, Vikings, Penny Dreadful, The Fall and Ripper Street.