Israel, Dubai Team Up For Tourism 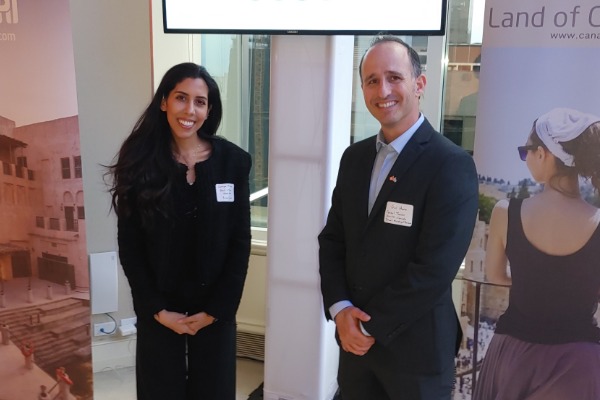 Israel and the United Arab Emirates — of which Dubai is part of — have signed a peace treaty, leading to cordial relations between the countries, something Gal Hana said would have seemed “far-fetched” a few years ago.

Hana told the audience that a three-hour flight “connects these beautiful countries,” easily enabling tourists to visit both on the same vacation.

He said there is now bridging between the two cultures, something that would have been “unthinkable” not long ago.

Dubai tourism is now benefitting from its hosting the World’s Fair, which began last year and continued into this year.

The destination is often associated with ultra-modern architecture but Soraya Al Olama of Dubai Economy and Tourism’s North American office noted visitors can also see reminders of its beginnings and opt for desert experiences that will introduce them to Bedouin culture.

Hana in turn noted that visitors his homeland can learn of the past and look to the future as well.