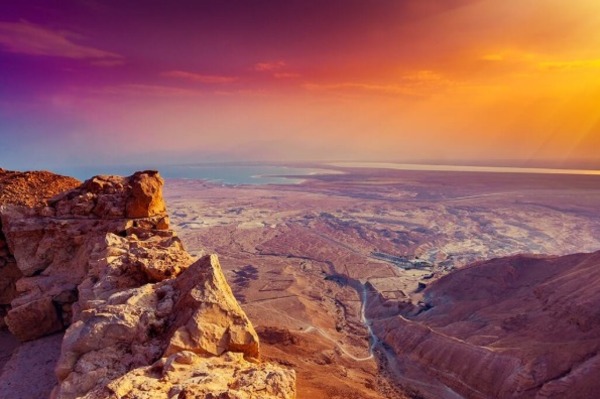 The Israel Ministry of Tourism is spearheading a series of moves aimed at preserving the tourist infrastructure to prepare for the day after the pandemic.

As 2020 came to an end — and with the pace of the vaccination campaign in Israel leading the world — the Israel Ministry of Tourism has a work plan in place designed to bring tourists back by the middle of 2021.

The Ministry’s plan includes adaptation to the corona virus era in all areas covered by the ministry’s activities – marketing, infrastructure and the tourist experience. All this, subject to the restrictions imposed by the lack of an approved state budget.

Minister of Tourism, Orit Farkash-Hacohen observed: “The past year has dealt a severe blow to the tourism industry. Such a year should be used to strengthen and build infrastructure, work plans and programs that strengthen the industry for the moment when it can reopen.”

The Minister continued: “This, alongside concern for the people working in the tourism industry during such a time when their income has been totally decimated. Despite the difficulties, we were able to implement significant plans that helped the economy during this period, including the green islands outline, a NIS 300 million grant for hoteliers, early opening of tzimmerim (B&Bs), a touring program with licensed guides, a personal security program in hotels and more. And now we are approaching the new year with new plans.”

Minister Farkash-Hacohen pointed out that: “In the next year, we will develop the master plan for the tourism industry, synchronizing between projects and creating a holistic approach at the national level. This, with a change in the implementation of infrastructure projects in an alternative to government companies. We will soon forward the monies for financing projects to the various authorities who have submitted requests.”

And Farkash-Hacohen continued: “We are already working together with the Ministry of Health on an exit plan for the tourism industry. The plan will create certainty and it will operate under the principle that whoever was most affected in previous times will be among the first to open as we exit lockdown.”

And the Minister concluded: “Together with all this, we are working on a plan to reduce costs that will benefit both owners and consumers. A lot of work still lies ahead of us, we will find the right balance between the economy and the virus and we will give breathing space to the various sectors that have been affected in the industry.”

Ministry of Tourism Director General Amir Halevi observed that: “The year 2020 continued the tourism records of the previous two years and there was an expectation that we would welcome, for the first time in the history of the country, the five millionth tourist. Instead, the world stopped, and we moved into survival mode for the entire industry and a change in the activities of the ministry to maintain both physical infrastructure and the excellent human resources in the tourism industry. Thanks to the vaccines, we are beginning to see the light of day, we are preparing tailored work plans and various tools for bringing back incoming tourism. We hope that in the coming months we will once again witness incoming tourism traffic, which is critical to employment and an important engine in the Israeli economy.”

During 2020, the Ministry of Tourism worked in a number of different areas, including:

Green Tourist Islands — The Minister of Tourism, together with the Ministry of Health, spearheaded the declaration designating Eilat and the Dead Sea hotels area as a ‘special tourist area.’ The Corona Cabinet adopted the outline that allows Israelis to vacation in these areas even during the corona period, subject to restrictions. The Ministry of Tourism worked in full cooperation with the local authorities to implement the complex procedure that enabled the outline to operate. Entry into these areas was conditioned on the presentation of a negative corona test result. The outline allowed for the opening of hotels, attractions and restaurants in these areas, while adhering to the guidelines of the Ministry of Health. As part of the effort to encourage Israelis to go out and vacation in these areas, the Ministry of Tourism launched a campaign starring Israeli model Shir Elmaliach, entitled ‘Bring Tourism Back to Israel.’

A NIS 300 Million Grant For Hotels — In view of the importance of preserving hotel infrastructure for the Israeli economy, the Minister of Tourism promoted the release of grants to hoteliers and lowered the property tax conditions that affected the allocation of grants. The grants, totaling NIS 300 million, will be given by the Ministry of Tourism in three installments, the last of which will be distributed in May 2021. The Ministry of Tourism published the conditions formulated for receiving the grant that allow small hotels to also receive increased assistance. The decision takes into account the upward trend in incoming tourism in recent years that has, in turn, led to an increase in investments in the sector.

Free guided tours of nature reserves, national parks and cities – in collaboration with the Israel Nature and Parks Authority — In light of the crisis, which led to many tour guides losing their employment, the Minister of Tourism initiated a project to help alleviate the economic blow for tour guides and give some fresh air to those who want to tour. Accordingly, the Ministry of Tourism budgeted for thousands of guided tours for the general public that will take place through March 2021 via the Israel Nature and Parks Authority and also, for the first time, in local authorities by funding “guiding hours” on behalf of INPA and of course, in collaboration with tour guides. In a recent amendment to the initiative, it will also be possible to tour paid tourist attractions in the local authorities. This initiative is intended to allow people to partake of additional services in an independent manner in the area they are touring, and thus assist the tourism industry. The Tourism Ministry allocated NIS 10 million to the INPA to finance the services of the tour guides. In this project, the ministry encouraged the Israeli public to tour the country and facilitated work for the tour guides.

In addition, the ministry conducted dozens of webinars given by leading tourism experts in order to help tourism business owners face the challenges of this period, and to upgrade their business in advance of a return to activity.

The ministry has launched campaigns aimed at encouraging domestic tourism, during periods when it was possible to take a vacation.

The working premise in the marketing department is that, when the skies re-open around the world, there will be fierce competition for every tourist, and the countries that will be the first to act will gain an advantage.

Accordingly, the ministry has prepared a plan to bring back tourists to Israel. Beginning in the first quarter of 2020, with the spread of the pandemic, the ministry instigated many actions to maintain those marketing channels which were nurtured over many years, and to maintain Israel as an attractive tourist destination in the minds of potential tourists.

The Ministry of Tourism frequently holds webinars (seminars and online conferences), which have proven to be an effective tool in maintaining relationships with business partners around the world.

With the assistance of the Office’s Digital Technologies and Information Division, 74 webinars were held this year on topics relevant to the promotion of tourism to Israel, in which many thousands of agents and senior figures in the global tourism industry participated.

The ministry also continued to participate in physical and virtual trade fairs in Europe, the USA and Asia. At the same time, the ministry increased its digital activity abroad, and especially on social networks: in the past year, the ministry’s social media pages gained 5.9 million followers.

With the recent signing of the Abraham Accords, the ministry has developed a strategy to promote incoming tourism from the Emirates and Bahrain.

The main event took place at the WTM virtual tourism fair, during which the first tri-lateral meeting was held between the ministers in charge of tourism in Israel, the United Arab Emirates and Bahrain.

In addition, a virtual joint tourism forum of the Emirates and Israel was held earlier in December.

The forum, led by Tourism Minister Orit Farkash-Hacohen, was attended by 500 members of the tourism industry from both sides and discussed possible collaborations that will lead to the expected increase in tourism from the Emirates to Israel.

For more, go to https://new.goisrael.com .