The Terror at Screampark at Bingemans Returns 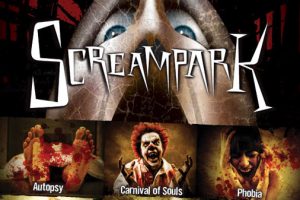 And with that comes the return, as of Sept. 29, of Bingemans Screampark in Kitchener, Ont., set to open for its 12th year with “more attractions and more terror” than ever before.

“Screampark is going to be the ultimate horror attraction this year that no one is going to want to miss,” says Mark Bingeman, president of Bingemans amusement park. “Our ghouls and zombies know just how to extract fear and bloodcurdling screams from even the bravest of souls – terrifying experience guaranteed.”

Screampark has five new attractions this year, as well as the return of fan favourite Paintball Zombie Hunt. 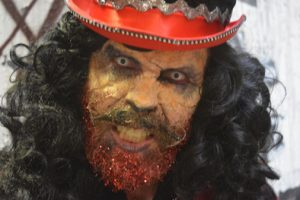 The horrifying attractions include:

Enter the immersive biography of a mortician from years ago with a gruesome thirst for knowledge of human anatomy… and resurrection. Located in a remote and desolate village, the few bodies that came to the morgue never required an autopsy. Unsatisfied, this sick and twisted lunatic takes matters into his own bloodthirsty hands. His murderous psyche knows exactly who won’t be missed in this small hamlet. With authorities baffled, the mortician is called in to examine the alarming number of victims. Some say he was victorious, yet still unsatisfied and remains lurking in the shadows waiting for his next subject. Would you be missed?

Trek down the dark, desolate path to find yourself surrounded by the aftermath of a ringmaster’s revenge. Before entering the Carnival, you’ll be forced to face the Ringmaster, whose freak show was the highlight of any of its visiting town’s entertainment scene. With other carnivals growing larger and larger, they started stealing Ringmaster Carver’s spotlight. His devious solution? Sending his freaks out into the dead of night to steal the talent from the other travelling shows to use in his own sinister acts. But with the competition disappearing, so were his victims. Unknowing guests who came to watch the show… became it. Participants just might be the next “act” because the show must go on.

Phobia will test a visitor’s courage as they twist and turn through a maze containing the world’s most feared subjects – eight-legged infestations, slithery serpents and disturbing tiny China dolls.

Take a free stroll through the exhibits at this museum – but it doesn’t hold your average artifacts – this gallery houses a collection of some of the sickest and most twisted heirlooms imaginable. Guests walk cautiously though the halls and feast their eyes on historical rarities with a haunting past, and partake in an interactive display of terrifying surprises.