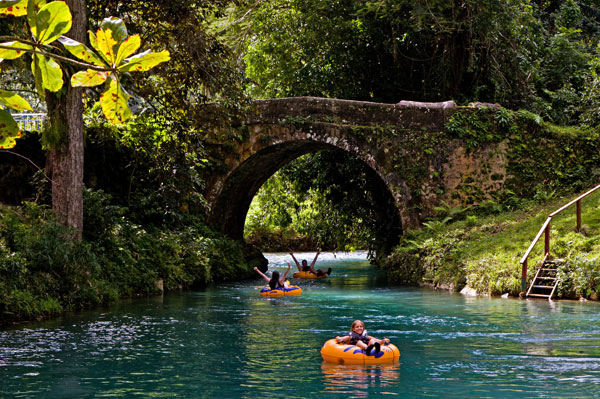 Climate change is no longer a future event for tourism – it is altering the decisions of today’s travellers.

The world observed the immediate impacts of climate change most recently in 2017 when Hurricanes Irma and Maria caused severe destruction to several islands.

As tourism is a top economic driver throughout the Caribbean, and the majority of tourism activities are centred around experiencing its natural beauty, that devastation led Jamaica to take action in building resilience in the region, starting with the Global Tourism Resilience and Crisis Management Centre, and an agricultural sector that would be climate-resilient.

As Jamaica’s director of tourism, Donovan White sees it: “Economic growth in tourism and improvements in the quality of life in Caribbean destinations will depend on our bold commitment to taking action on global issues such as climate change and global warming.”

White continued: “Our efforts highlight how Jamaica is leading the revolution in Caribbean climate change and will ensure that travellers continue making Jamaica their number one choice around the world.”

Even before the hurricanes in 2017, Jamaica was already working to create a sustainable future by modernizing the grid to improve energy independence and better prepare for impacts of destructive storms.

In 2004, Jamaica opened the Wigton Wind Farms, the largest wind farm in the English-speaking Caribbean. It helps to power over 55,000 surrounding homes with a hybrid energy storage system that uses a flywheel and a battery. Jamaica now hopes to build offshore wind farms to generate 50% of all power as part of its national goal using renewable sources, benefiting the travel industry and accommodation sector as well.

Jamaica also places great importance on rebuilding a sustainable agriculture sector. Healthy crops require quality soil, which can be heavily affected by droughts, floods and storms. There is great potential to restore degraded lands through practices such as organic farming, managed grazing, and agroforestry. Durga’s Den, an eco-farm lodge in Jamaica, works in partnership with the hotel industry, using regenerative agriculture techniques, reforestation and training in these practices.

To further promote a climate-smart economy, the Global Tourism Resilience and Crisis Management Centre, a first-of-its-kind resource in the Caribbean, was developed at the University of the West Indies.

First announced during the United Nations World Tourism Organization (UNWTO) Global Conference on Sustainable Tourism in Jamaica in November 2017, the Centre was launched in January 2019 with a mission to carry out policy-relevant research and analysis on destination preparedness and crises.

Additionally, the Caribbean Climate-Smart Accelerator, launched in Jamaica in August 2018 intends to make the Caribbean the world’s first climate-smart zone with the implementation of solutions for resilience, renewable energy, development of sustainable cities, oceans and transportation. Once the climate-smart zone is established, the Caribbean will not only be custom-built for the future, but it will create economic growth, social inclusion and job creation.

For more, go to www.visitjamaica.com .