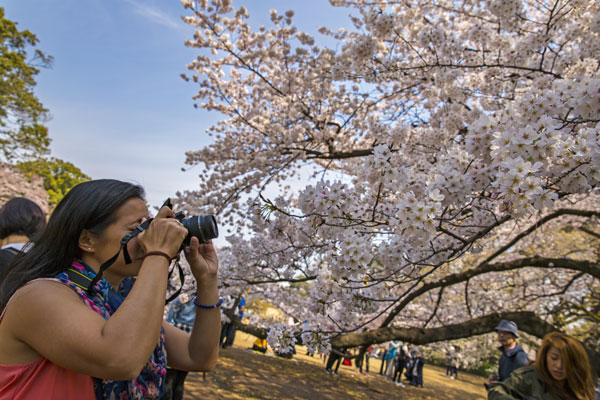 Ken Toyoda noted during a June 17 Baxter Media webcast that his hair is now longish as he hasn’t been able to get a haircut in months as barbershops have been closed because of pandemic restrictions.

Japanese are careful to abide by the safety protocols, not surprising to those who are familiar with a country that Toyoda praised for both being clean and safe.

Tourism authorities have created the japan.travel/en/coronavirus/ site to familiarize potential visitors with the likes of current entry requirements to the country and measures Japan has taken to protect people from the virus.

Toyoda also used the webcast to thank the travel industry for its “strong support of his homeland.”

(Toyoda also jokingly reminded viewers that his last name isn’t Toyota and he “can’t give you any discount for a car.”)

Webcast viewers were told Air Canada will carry people to Japan from both Vancouver and Toronto this summer, with Vancouver-Narita service now being three times a week but rising to four weekly flights in August.

The webcast also saw a number of people who’ve visited Japan praise its tourism attributes, with travel writer Carolyne Parent – who’s been to the country 6 times – stating “To me, Japan is the ultimate wonderland.”

Michael Yiptong of Journeys of Discovery in turn said tourists will find that “everything runs like clockwork” in what’s one of the “safest and cleanest countries in the world.”

Visiting Japan doesn’t have to be any more expensive than a European vacation, Yiptong continued.

Those touring Japan can ski in Nagano – which has hosted the Winter Olympics — or tour sub-tropical Okinawa, he noted. “I can tell you the list goes on and on,” he added of varied landscapes.

Wendy Hsu of Confidence Travel said she tries to visit Japan a couple of times a year, adding each visit is “always an incredible experience.”

Hsu added that each Japanese city “has its own uniqueness.”