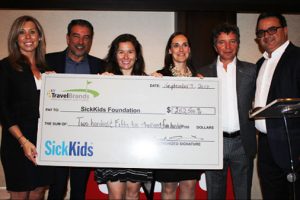 This brings the total raised by TravelBrands in the last four years to more than $713,000. 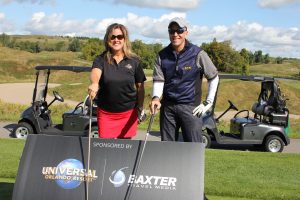 The event, which attracted 140 golfers, was a day of golf, food, drinks, prizes and celebrations, and even included a Million Dollar Shootout (which no one won) and a Helicopter Ball Drop.

Funds were raised through a silent auction, as well as donations, including an on-the-spot donation of $5,000 from Transat. 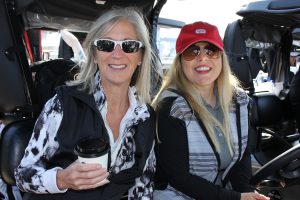 TravelBrands’ co-owner Frank DeMarinis (pictured top, on the right) was thrilled with the day’s results and promised even bigger and better things for next year.

“This is a family, and I consider you all extended family,” he said. 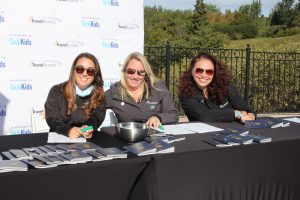 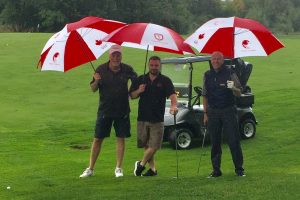 Up for grabs in the silent auction were an assortment of trips, cruises, autographed sports paraphernalia and more. 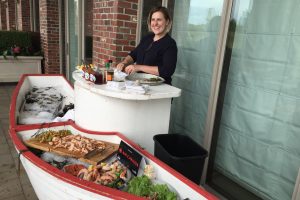 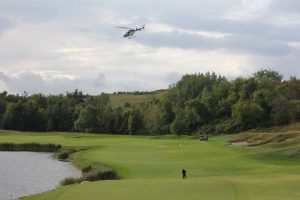