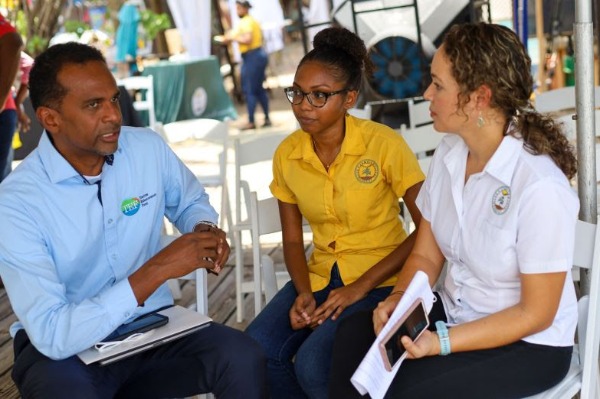 During a recent launch event in Port Royal, TEF’s Executive Director, Dr. Carey Wallace, stated at that the partnership with JET not only improves the island’s tourism product but also encourages a behavioural change in our people that is required to combat pollution in the long run.

Dr. Wallace said: “The assets of Jamaica, from a tourism perspective, [include] its natural beauty and, obviously, it makes sense for us to invest heavily in maintaining and protecting that natural beauty … Protecting the environment is one of the steps, but I am hoping for an overarching change of attitude, a change of mindset, recognizing the value of what we have and then converting that into wealth opportunities for our people.”

This year’s event, which is being hosted under the theme “Nuh Dutty Up Jamaica”, will begin at approximately 7:30 a.m. on Sept. 17, with the Palisadoes Go Kart Track serving as the event’s flagship location. Each volunteer group must have a minimum of five people and a maximum of 60 people.

JET intends to clean up 150 sites in Jamaica this year, including five underwater. The goal is to gather 5,000 volunteers for the island-wide clean-up efforts. However, participants are being encouraged to follow the COVID-19 protocols.

JET’s CEO Dr Theresa Rodriguez-Moodie said that: “Over the last year, COVID-19 has significantly impacted the staging of ICC. However, with the lessons that we have learned, ICC 2022 is set to return to the scale of previous years… Since JET became the national ICC coordinators, the event has grown from a small 1700 volunteers in 2008 to over 12,400 in 2019, and each year we have more groups coordinating their own clean-ups and unfortunately more trash being collected.”

The Ocean Conservancy (based in the USA), which founded ICC, created the Clean Swell mobile application as a new component of ICC Day 2022 to aid with data collection. This will make the procedure more efficient by eliminating the requirement for traditional paper collection cards.

She continued: “As scientists, we know that data is very important. First of all, it identifies the activities and the general sources of pollution. The data can be used for pollution prevention efforts, influence legislation, and promote public awareness and education.”