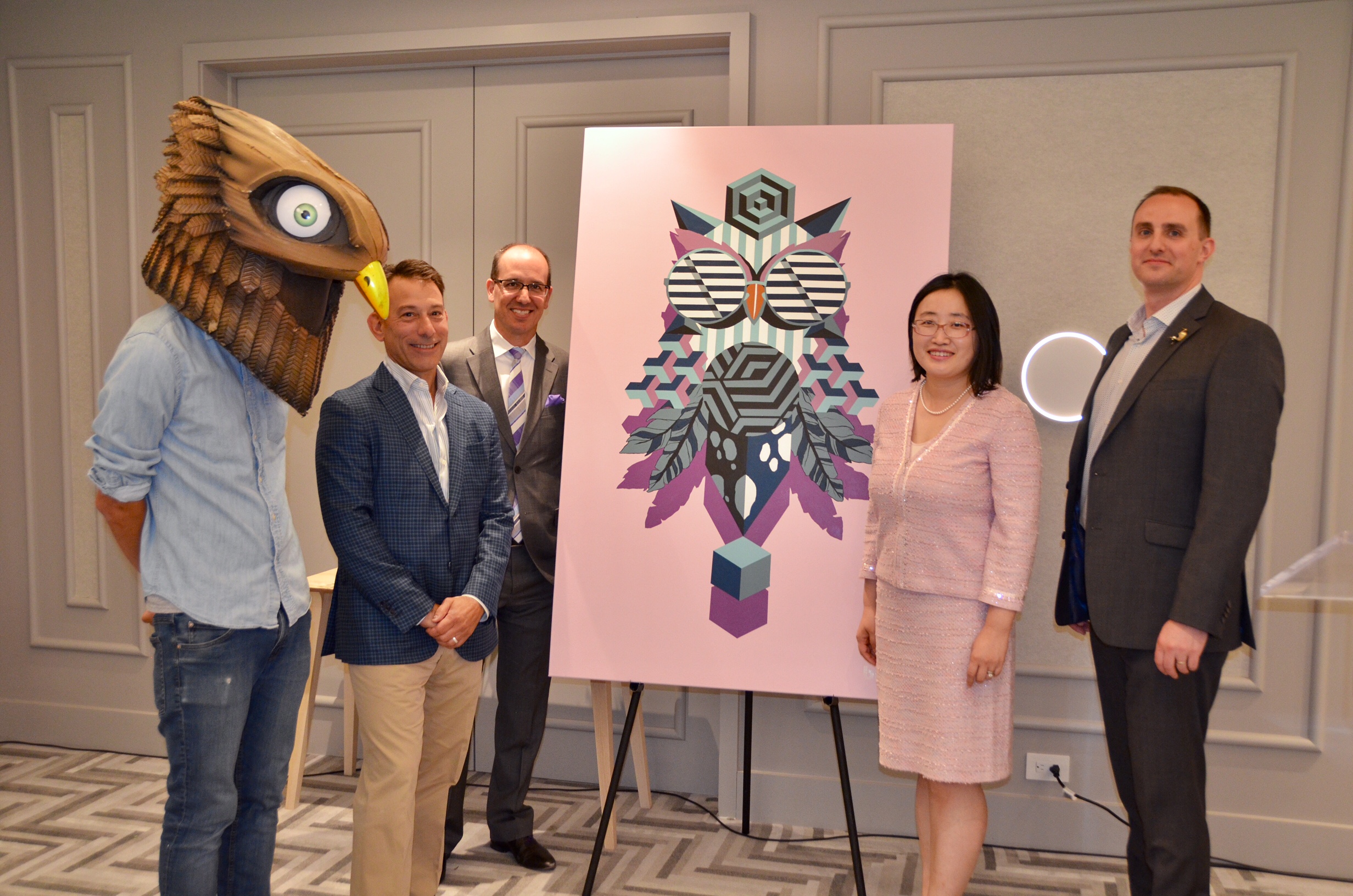 Kimpton Hotels & Restaurants is still inspired by the vision its founder Bill Kimpton had when he started the hotel development and management company 37 years ago.

“His passion was small European hotels and the hospitality that you get from those hotels. This was back in the era when all the giant hotels were being built with the giant atriums and the twinkly lights in the elevator going up and Bill was like that’s exactly what I don’t want to do,” says Mike DeFrino, CEO, Kimpton Hotels & Restaurants. “I want to do small intimate hotels where the front desk person doesn’t mind coming around the corner and giving you a hug when you check in… He thinks that travelling should be fun, as fun as it can be.”

Although the newly opened Kimpton Saint George has 188 rooms across 14 storeys, including 20 suites and a presidential suite, it still has a smaller feel to it with general manager Bertrand Mangeot noting the lobby “is called the living room because we want you to feel welcome.”

Located near Yorkville amidst “the Bohemian hipness of the Annex,” he says the hotel delivers luxury without the attitude, and it’s all about service, reflecting warmth, culture and joie de vivre. 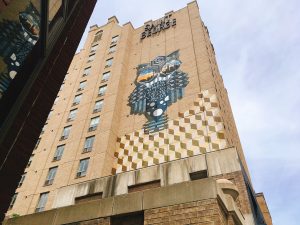 From the sculpted white squirrels that adorn the inside of closets (an homage to the famed critters of Trinity Bellwoods) to “the watchful eye of the Saint George owl” — a large mural on the exterior of the hotel by Toronto street artist birdO, art is integrated throughout the hotel.

“What is the Kimpton Saint George? It’s a living and breathing gallery,” says Mangeot. “There is art everywhere. Nearly every art piece is an original from a local Canadian artist.”

After six months of renovations, he says the hotel has been transformed from its former state as a Holiday Inn.

“It was a vision,” he says. “If you saw the pictures of the previous hotel and now, you would not recognize it.”

Just one of the many features of the suites is that they come complete with turntables and vinyl records. Through a partnership with Sonic Boom, special guests can even receive personally engraved records suited to their musical taste ahead of a visit. Guests can also borrow bikes during their stay and all rooms are stocked with yoga mats.

The property marks the company’s first foray into Toronto and is currently the only Kimpton in Canada, although the company previously operated hotels in Vancouver and Whistler, which are no longer part of the brand. Agents can earn commission on bookings.

As for other Kimpton hotels, DeFrino said recent openings include Amsterdam and the Cayman Islands, and properties in Bali and Taipei are set to open in the next year or so.