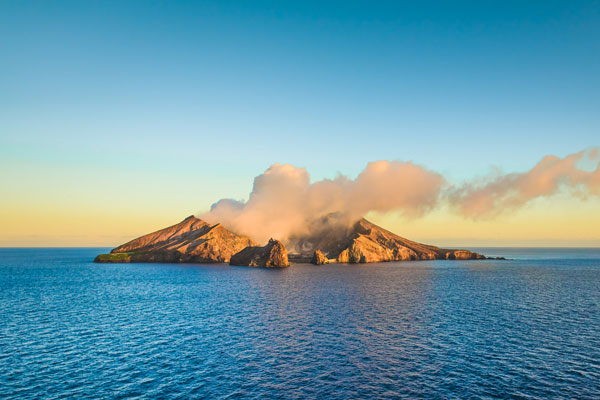 A brunch meeting event in Vancouver by tourism operators from the Central North Island of New Zealand reminded guests that balmy summer conditions are now on their way below the equator. It also served as a reminder that new flights by Air Canada between Vancouver and Auckland will be starting in December.

The group brands itself as Explore Central North Island and it was winding down a whirlwind North America mission with the stop in Vancouver, done together with Tourism New Zealand.

Destinations represented included Rotorua, Hobbiton, Lake Taupo, Napier, Gisborne, the Bay of Plenty and the Coromandel Peninsula. The group occupied one of the function rooms at the Chambar Restaurant, near the Gastown area of the city. Invited guests enjoyed the cuisine while listening to the reps tell their regional tales, reports PressToday western editor Ted Davis.

Amongst the most intriguing were the programs presented by Patrick O’Sullivan of White Island Tours, which is 100% owned by the Maori nation in the area. White Island itself is an active volcano and is the most accessible in New Zealand. The company offers boat tours to the island and operates five vessels to do so, including the newly launched Te Puia Whakaori catamaran, which has a capacity of 49 passengers.

The island is about 50 km from the mainland and it can be a rough crossing, said O’Sullivan. Once there, a tour last about 90 minutes of hiking in the volcanic landscape, over a distance of 1.5 km, to see bubbling fumaroles and pits of mud and hot thermal streams.

The company actually offers tours of two islands, with the other being the much greener Moutohora Island, which serves as a sanctuary for many rare plants, reptiles and birds, including the endangered North Island brown kiwi bird. Tours are operated there with restrictions of 24 people per day. Given their very different characters, the islands have been nicknamed “beauty and the beast.”

Air Canada will soon start operating a schedule of non-stop, seasonal flights between Vancouver and Auckland. Air Canada flights to Auckland will operate four times weekly onboard the carrier’s flagship Boeing 787-8 Dreamliner aircraft, starting on Dec. 12 and operating until the end of March.