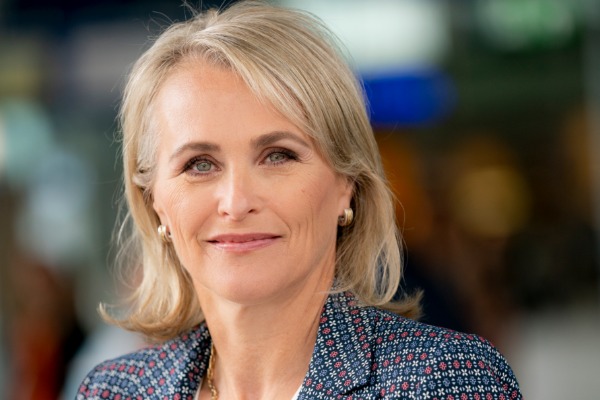 Rintel is no stranger to KLM and – before joining NS – worked for the airline for 15 years in various positions, including operations, sales and marketing at KLM and Air France-KLM.

In accordance with the intended nomination, Marjan Rintel will succeed Pieter Elbers who will step down as President and CEO by July 1. Elbers will ensure a handover to his successor.

The Air France-KLM Board of Directors has approved the nomination.

Cees ‘t Hart, Chairman of the Supervisory Board, said of the unanimous nomination: “We are delighted that Marjan will come on board as CEO on the 1st of July. With her broad managerial, commercial and operational experience, we are bringing in someone who is close to the staff and who, together with her team, will continue to shape the future of KLM as a customer-focused, sustainable and financially healthy company. We are convinced that her knowledge of the sector, her network and her experience in the political arena will contribute to this.”

Ben Smith, CEO of Air France-KLM, commented: “I am extremely happy to welcome Marjan to our team as the new CEO of KLM. I know that Marjan will succeed in making KLM even stronger by continuing to build on the Group’s strengths.”

As for Rintel, she said: “I am honoured to return to KLM and take over the baton from Pieter. His 30-year track record is impressive. Under Pieter’s leadership, KLM found its way up and I will continue on that course. Aviation is in times of great and complex challenges. I am of the opinion that an indigenous Dutch company like KLM, just like NS, has a major role to play in these social and economic challenges. Fulfilling that role successfully will be my priority from day one.”

The Works Council of KLM has been asked for its advice on the intended nomination of Marjan Rintel as Statutory Director of KLM. The nomination for the appointment will be submitted to shareholders for approval at an extraordinary general meeting scheduled for this purpose.