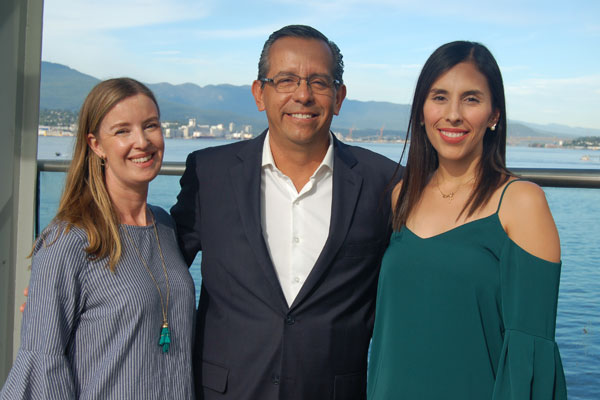 The sunny charms of La Paz, Mexico came to Vancouver recently, on a sales and media mission guided by Fever Pitch Marketing Communications. They hosted hotel and tourism executives who also travelled to Calgary to spread the word.

Their principal message was that La Paz is “a hidden jewel in the Baja peninsula” that offers a compelling alternative to other better known beach destinations in Mexico.

It’s also one that has a particular appeal to special interest groups, including naturalists, sports fishermen and athletes. As such, travel sellers and buyers with specific product focuses – eg. triathalon clubs, diving destination agencies, even fly fishermen, were on the list for visits by the La Paz mission.

La Paz is easily accessible from Western Canada, with a good selection of flights from Vancouver and Calgary, said Underwood. Flights by both WestJet and Air Canada operate into San Jose del Cabo and from there it is about one hour north by car to Todos Santos on the Pacific Coast, or two hours to La Paz city itself, on the Sea of Cortez. www.golapaz.com