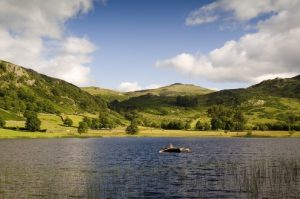 The UK’s Lake District in Cumbria is now officially a World Heritage Site, putting it alongside the Taj Mahal, the Great Barrier Reef and the Grand Canyon as a site of global, cultural and historical significance.

The region also has the highest concentration of outdoor activity centres in the UK and is the birthplace of British mountaineering.