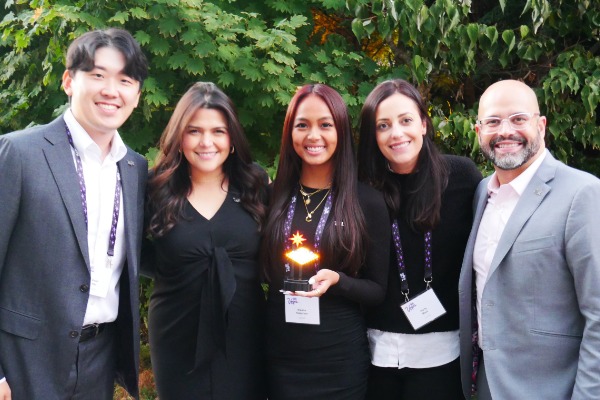 As might be expected, the amount of tourism information being generated by Las Vega as it bursts out of the COVID doldrums, is impressive.

The first international travel trade mission to be conducted by Las Vegas tourism interests rolled into Vancouver recently (at the Parq Hotel), with a full slate of tourism news. Vancouver was the first of seven Canadian cities on this mission, including Edmonton, Calgary, Winnipeg, Toronto, Hamilton and Montreal.

No longer just a gambling mecca, Las Vegas now draws at least as many visitors for its entertainment opportunities – especially those that revolve around spectator sports.

The Las Vegas Golden Knights NHL team set the city alight with competitive fervor before the pandemic, but the NFL juggernaut has since arrived in town, with the silver and black of the Las Vegas Raiders. This season is the first to welcome fully unrestricted crowds to the new Allegiant Stadium, and that excitement is being driven to new heights by anticipation for the upcoming Super Bowl in Vegas, scheduled for February of 2024.

Also on the near-horizon for sports fanatics is the first-ever Las Vegas Formula One race. The inaugural race is scheduled for Nov. 2023 (exact date to be set), and the famous Las Vegas Strip will be serve as a straight, high speed section of track during this nighttime event.

Also on the typically gigantic scale of Las Vegas entertainment is the ongoing construction of the MSG Sphere at The Venetian, a massive new entertainment venue on the Strip. The 111-metre tall MSG Sphere will showcase huge programmable wrap-around digital screens inside and out. The exterior screen will be able to project imagery from a preset programming or a live broadcast from an event happening inside the facility. The Sphere is scheduled to open in late 2023.

Las Vegas hardly skipped a beat during the pandemic in terms of its hotel construction timeline, even while visitor numbers plunged. For instance, Resort World Las Vegas opened in June 2021 with 3,400 rooms; Virgin Hotels Las Vegas opened in March 2021 with 1,504 rooms; and Circa Resort & Casino opened in Dec. 2020 with 777 rooms.

The Las Vegas travel trade mission will make stops in Toronto, Hamilton, Montreal and Edmonton during the week of Oct. 14. The Toronto event will take place on Oct. 17, 5:30 to 8:30, at Soluna on Queen St. W.