Learning To Travel In Changing Circumstances 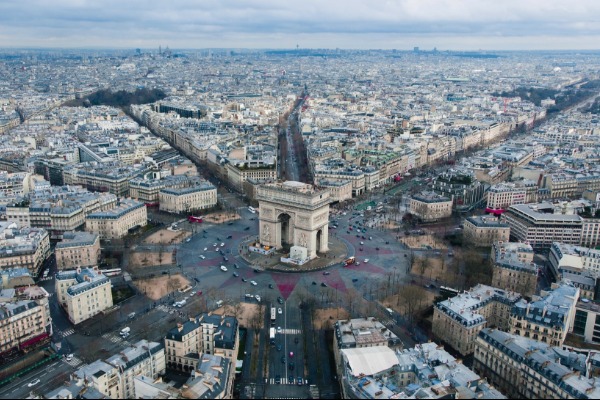 Expedia Group Media Solutions released its Q4 2021 Travel Recovery Trend Report, with new data showing that there is a growing appetite for travel and sustained demand for long-haul destinations.

The quarterly report combines Expedia Group first-party data and custom research with actionable insights and industry examples to help travel marketers on their continued journey toward rebuilding and recovery.

Andre continued: “Consumers have learned how to travel under ever-changing circumstances, and we anticipate they will continue to adapt and evolve their behaviours and preferences as the landscape evolves. We are encouraged by the overall year-over-year progress and remain confident in the power of travel and the resilience of the industry and travellers.”

Key findings of the research indicate that:

Despite a bumpy quarter, there is still a tremendous appetite for travel compared to 2020. Global search volume in Q4 was flat quarter-over-quarter, but up more than 70% year-over-year, indicating that travellers are still eager to get away. In APAC, search volumes were up nearly 35% over Q3, driven by additional vaccinated travel lanes and international border re-openings in several countries, including Australia, Singapore, and Fiji.

Week-over-week global searches spiked around major announcements and industry activity, including the November 8 U.S. border reopening to vaccinated travellers from 33 countries, and during the week of Dec. 27, possibly due to travellers reacting to thousands of delayed or canceled flights.

However, this heightened interest has been sustained into the first weeks of 2022, with global, NORAM, and EMEA search volumes even higher during the first two weeks of January compared to the last week of December 2021. This eagerness for travel is also complemented by an apparent resilience in the traveller mindset, as evidenced by lodging cancellation rates, which remained flat throughout Q4 despite the continued and unpredictable headwinds of the pandemic.

A trend we first saw in Q2 – travellers looking and booking destinations further afield – continued in Q4. LATAM led the trend, with 5 of the top 10 booked destinations for travellers living there located in other parts of the world. Additionally, non-APAC destinations – Dubai and Honolulu – made up 2 of the 4 new entrants to the APAC top 10, with Sydney and Singapore also joining the list.

In contrast, North American travellers continued to book closer to home, with Cancun being the only destination outside the region on the top 10 list for NORAM bookers. However, this behaviour looks likely to change this year. Expedia’s 2022 Travel Trends Report found that 68% of Americans are planning to go big on their next trip, and many are eyeing intercontinental destinations like Rome, Bali, London, and Paris in 2022.