Birmingham Gears Up For Commonwealth Games 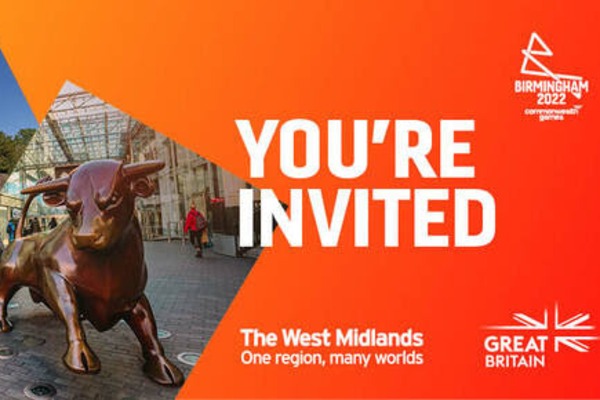 A 12-month countdown leading to central English city of Birmingham becoming a focal point of athletic excellence is underway.

Birmingham and the surrounding West Midlands – which bill themselves as the heart of England, thanks to their central location – will next year host the Commonwealth Games, 11 days of athletic competitions running from July 28 to Aug. 8.

Competitors from dozens of nations will compete in 19 events, with those events staged throughout the region.

“It’s our time to shine on the global stage,” said Samantha Bailey of the West Midlands Growth Company.

Tickets for the games will go on sale in September.

Bailey suggested those wanting to attend the games should consider booking hotel stays months ahead, although tourism officials noted Birmingham has over “31,000 bed spaces” and hotel stays will also be available in the surrounding area.

Bailey said Birmingham will be easily accessible for visitors, having the largest British airport outside London, and London Heathrow being 80 minutes away by train.

Tourism officials say Birmingham’s location makes it a great place to explore Britain, with Bailey saying 90% of the U.K. is within four hours.

But Bailey said Birmingham itself is well worthy of visits, among other things “having more miles of canals than Venice.” The city has 56 kms of canals.

The city’s historical side includes its being the birthplace of the Industrial Revolution, and Birmingham also has an “award-winning food scene,” she continued.

Those with a sweet tooth exploring the area can visit Cadbury World for what Bailey called a “fantastic chocolate experience.”

Birmingham’s thriving cultural scene includes it having ballet, a symphony orchestra, and opera.

Bailey praised Birmingham for being a particularly green city.

The West Midlands is the locale where popular TV show Peaky Blinders is filmed, with visitors able to see reminders of that.

Bailey said that there also numerous points of interest “on our doorstep,” among them Stratford-upon-Avon, famed for its Shakespeare connections.

More information can be found at makeitwm.com/trade.

Meanwhile, VisitBritain’s senior vice president Americas, Paul Gauger, told webinar viewers that a decision by British authorities requiring those arriving in Britain from this country to continue to have to quarantine will likely be reviewed soon.

As of Aug, 2, fully vaccinated people arriving in Britain from Europe and the United States will no longer have to quarantine.