Toronto Gears Up For Jamaica Summer Games And Wellness Festival 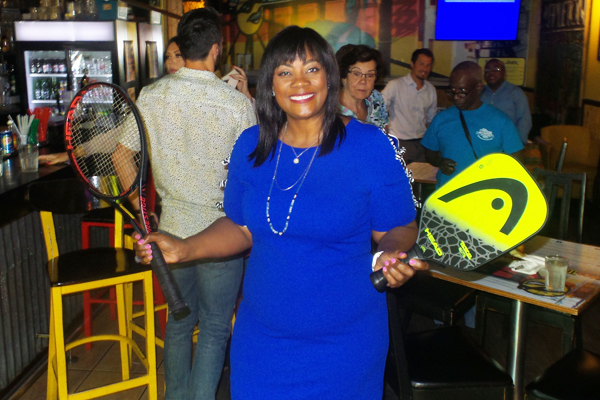 Bennett, regional director-Canada for the Jamaica Tourist Board, told a Tuesday Toronto gathering that she’s looking forward to the Aug. 16-18 Jamaica Summer Games and Wellness Festival, which will be held in Toronto and feature seven sports, among them beach volleyball, beach Frisbee, squash and tennis.

Money raised from the event will be donated to the Helping Hands Jamaica Foundation, which has built 20 schools on the island and is planning another.

“Not only will we bring a taste of Jamaica to Toronto but focus on health and wellness as well,” Bennett said.

The games are seeing the involvement of a number of people who made their mark in sports, among them former NHL player Nick Kypreos; Jonathan Power, once Canada’s top squash player; and Daniel Nestor, once among this country’s top tennis players.

Power noted he won his first professional tournament in Jamaica. “Jamaica is all about having fun,” he said.

Noah Goldstein, active in tennis circles, said he’s convinced the games will be worthwhile, saying the money they raise will help give “people a chance.”

Organizers hope the event will become an annual one, with one official stating he hopes they will become the “largest participatory sporting event in North America on an annual basis.”