More Lift For Belize From Canada 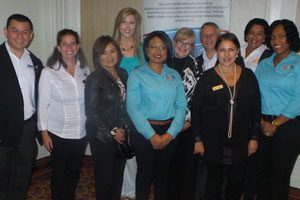 WestJet is offering service between Toronto and Belize City into April, with the Wednesday and Saturday flights expected to make the destination significantly more attractive to those who want a quick link between this country and their holiday destination.

Belize is promoting itself as a multi-faceted destination, offering visitors the likes of eco-tourism opportunities in a country in which more than half of the land is protected from development and shelters the likes of toucans, monkeys, tapirs and a host of other exotic creatures; beaches; and numerous archeological sites dating back over a 1,000 years in a part of the world that was a cornerstone of the Mayan civilization.

Gilharry later told a Toronto gathering that her homeland caters to “inspired explorers, not people who want to stay in the confines of a resort…You come to Belize because you want something different.”

Belize claims to fame include the world’s only sanctuary created specifically to safeguard jaguars; the dramatic Blue Hole, an offshore sunken cave that’s popular with divers because of its remarkable hue and abundant marine life; and the relaxed island of Ambergris Caye, believed to have inspired the Madonna song, La Isla Bonita.

Seen here is the Belize delegation that attended the Toronto event.