Home › News › Lift From Toronto To Budapest Gets A Boost

Lift From Toronto To Budapest Gets A Boost 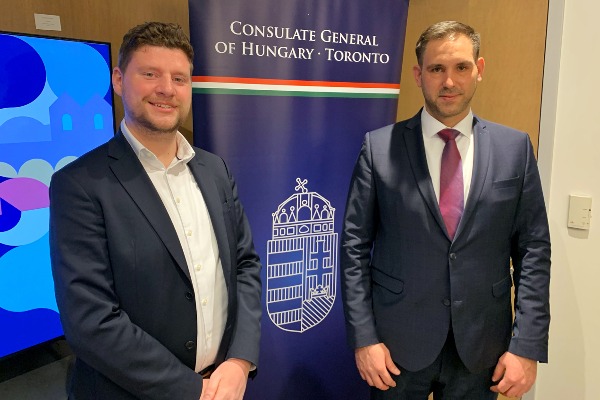 With non-stop service between Toronto and Budapest resuming on May 3, Hungarian tourism officials are upbeat about increasing Canadian visitor numbers. Notably, Valér Palkovits, Consul General of Hungary in Toronto, highlighted that the route will be operated by Air Canada mainline with the 787-9 Dreamliner, whereas it was previously operated by Air Canada rouge.

“As travel restrictions are eased and the vaccination coverage is increasing in all of our countries, there was a huge demand for travel so Air Canada is returning to Budapest with an upgraded service,” he says. “There will be three flights a week in the beginning from May 3 to end of October. It will offer 298 seats with three difference classes — business class, premium economy and economy.”

With the new service, he says the route can better accommodate business and leisure travellers.

From the science fiction film Dune to the adventures of Tom Clancy’s Jack Ryan, Hungary has become a popular filming location for movies and TV series.

“You can meet the biggest Hollywood stars on the streets because they’re there filming,” says Palkovits.

When asked about the Russian invasion happening in Ukraine, Palkovits said that although it’s still quite a distance from the border, “We take it very seriously. Nobody expected it could happen in the 21st century. We don’t know what’s the outcome… but one: it’s a very strong safety net that Hungary is also a member of NATO. I don’t have to elaborate how strong NATO is.”

Palkovits, who just returned from Hungary the day prior to the event, added: “It’s my deepest wish that in the coming days, weeks, that it’s all over, that the armed conflicts come to a ceasefire.”

Ivan Ljubinkovic, Regional Head Of Business Development for the Hungarian Tourism Agency, pointed out that there has been a lot of developments and enhancements in the destination so that even repeat visitors will have plenty of new experiences to discover. Many castles and heritage buildings were revitalized and there are 35 new hotels under construction.

For more ideas on what to do, Ljubinkovic pointed out that the website https://visithungary.com/ has been completely revamped.

Pictured at the Consulate General of Hungary Office in Toronto on March 7 are Ivan Ljubinkovic and Valér Palkovits.