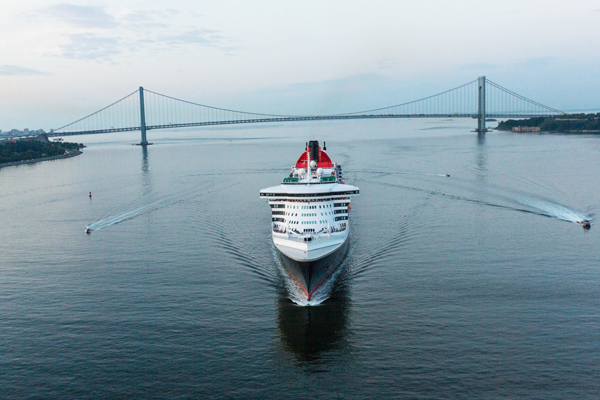 Cunard’s Queen Mary 2 is providing the setting for a new film by Oscar winning filmmaker Steven Soderbergh (Oceans 11, Traffic and Behind the Candelabra) and an Oscar and Emmy award winning cast and crew this week (Aug. 18-24).

The as-of-yet unnamed film will feature the Queen Mary 2 on the iconic transatlantic crossing and will be filmed over a seven-day east bound voyage from New York to Southampton.

For onboard movie buffs, Queen Mary 2 guests will have the opportunity to appear in the film as extras.

Simon Palethorpe, president of Cunard, said, “There is only one way to cross the Atlantic in style and that’s on Cunard’s Queen Mary 2. We’re delighted to be hosting Steven Soderbergh, Meryl Streep and a star-studded cast on our flagship for what will be an incredible movie.”

Cunard has a long history of hosting stars of stage and screen on board their iconic ships. Luminaries such as Elizabeth Taylor, Rita Hayworth, Wes Anderson, and Tilda Swinton have all sailed with the luxury travel brand.

Sting performed a set in Queen Mary 2’s Royal Court Theatre; Ed Sheeran wrote part of his last album on a crossing; and Francis Ford Coppola sailed recently to work on his book while at sea.

Sail on over to www.cunard.com for more.