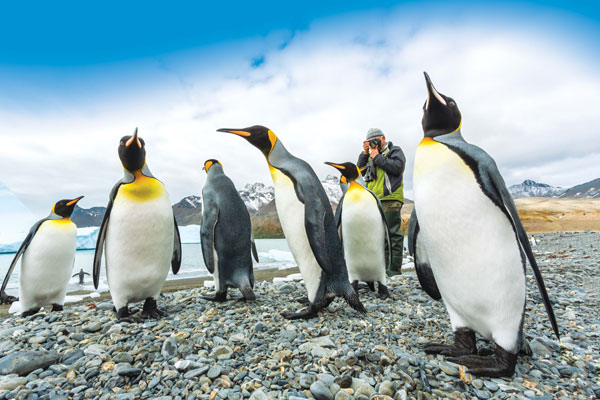 Lindblad Expeditions’ investments will effectively offset 100% of emissions from their ships (eight from the Lindblad-National Geographic fleet and five leased), all land-based operations, employee travel, offices in New York and Seattle, and additional small but measurable emission contributors.

“As a company, recognizing that global climate change is arguably the greatest threat humanity has ever faced, we all need to urgently step up our efforts whether big or small,” said Sven Lindblad, CEO and founder of Lindblad Expeditions. “Our goal is to reduce and offset our carbon footprint, and to commit to carbon neutrality throughout the many layers of our business. It has become increasingly more apparent that we, human beings, and our planet which sustains us are out of balance. Climate change and its resulting impacts on global biodiversity and human health and livelihoods has provided a clarion call and awakening. The message is clear; we must re-balance and re-balance urgently.”

Working in partnership with South Pole, a leading developer of international emission reduction projects, Lindblad now has a portfolio of six carbon project investments that align with the United Nation’s Sustainable Development Goals. These investments focus on renewable energy (solar and wind), reforestation, and community-based projects in six countries, including Mexico, Peru, and Vietnam, countries that Lindblad-National Geographic travellers visit. South Pole requires independent third-party verification and regular monitoring of all projects in their portfolio to ensure they deliver the stated impacts and adhere to the highest internationally recognized standards.

This announcement is Lindblad Expeditions’ next major step in making commitments into meaningful impacts, through a holistic and robust sustainability program. They eliminated guest-facing single-use plastics fleet-wide in 2018 and have operated a sustainable seafood program aboard the fleet for many years.