Home › Destinations › Lively Up Yourself! 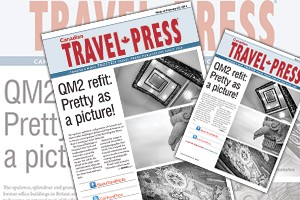 Island Routes is inviting reggae enthusiasts to tour Jamaica’s capital of Kingston, and in doing so see first-hand the district where that musical genre first built a high-profile following, and meet what the tour company insists will be welcoming locals in a part of the city that foreign tourists have traditionally eyed warily because of a rough-and-tumble reputation, reports Ian Stalker in this week’s digital edition of Canadian Travel Press.

The firm has twice-weekly guided tours of Kingston that include visits to Trench Town, the community that reggae legend Bob Marley once called home, as did some of his reggae predecessors, such as Toots & the Maytals of Ska fame, percussionist Bongo Herman, Alton Ellis, Peter Tosh, Bunny Wailer and Ernest Ranglin.

“They’ll get a look at not only Bob Marley’s life but the history of reggae and the role the community played in its birth,” Island Routes VP of sales David Shields says of the day tours that are offered from Ocho Rios.

“Trench Town was considered the Hollywood of reggae in the 1960s,” adds Shields’ colleague Richard Moss, who adds that Marley was “inspired by the energy in the area.”

Trench Town has often been viewed by outsiders as an impoverished and violence-plagued part of Jamaica best avoided by tourists, but Shields says there’s “a whole rebirth” around it and those who take the Island Routes tours will find welcoming locals who appreciate that the tours generate income for their neighbourhood.