Living With Style In Flanders 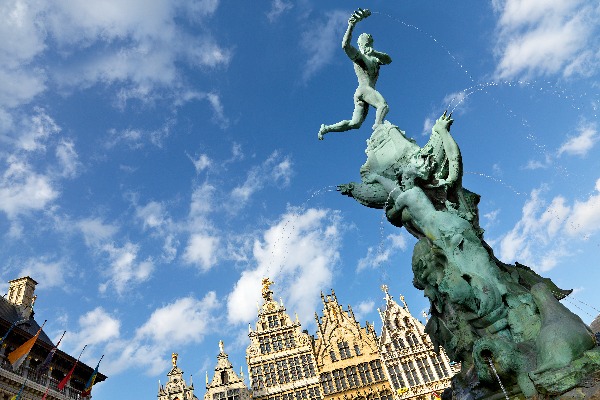 Those visiting Flanders can briefly enjoy an aristocratic lifestyle.

Marco Frank of Visit Flanders told a Baxter Media webcast that Belgium is home to nearly 3,000 castles, around 400 of which are open to the public and some of which have been converted into hotels, enabling guests to have a “great medieval vacation.”

Castles now serving as hotels have modern amenities and conveniences, he added.

Predominantly Dutch-speaking Flanders has some 7.8 million people and is home to Belgium’s best-known cities, among them Brussels, Ghent, Antwerp and Bruges.

But Frank said Flanders can be enjoyed by outdoors enthusiasts, pointing to the likes of new cycling routes that allow people to explore the region and are interconnected with bike routes in France, Germany and Holland.

Many tourists want to be outside cities for part of their vacation, Frank said, adding Flanders’ coast has “nice, sandy beaches.”

Flanders was where John McCrae wrote the poignant In Flanders Fields, and Frank noted that 2022 will be 105th anniversary of World War I’s bloody Battle of Passchendaele. A Welcome Back pass for those interested in the conflict will see 30 Flanders accommodations options offering guests discounts for museums and other points of interest. Discounts start at 25%.

The anniversary will see many activities, including a June 30 tribute to Canadian troops who fought in that battle.

Antwerp’s Fashion Museum recently reopened after what Frank labels an “ambitious renovation” and in part is taking a critical look at the modern fashion industry, dealing with such issues as wages paid to workers in Third World countries who produce clothes.

Fall 2022 will see the reopening of Antwerp’s Royal Museum of Fine Arts, which first opened in 1810 but has been closed since 2011. It has artworks dating back to the 14th century.

One way of exploring Flanders is by train service, which Frank praised as convenient and affordable.

Meanwhile, Frank told viewers that “any time is a good time” to visit Flanders, including winter, a season in which Flanders has numerous Christmas markets that actually continue into early January.

Frank can be reached at marco.frank@visitflanders.com

More information can be found at www.visitflanders.com.