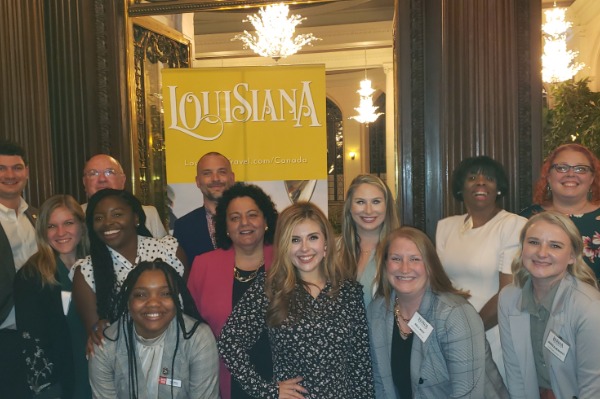 Louisiana tourism authorities are working on a project that they say will be particularly notes-worthy for music enthusiasts.

Jennifer Berthelot of the Louisiana Office of Tourism told a Tuesday Toronto gathering that the state is developing a music trail, a product that will showcase such homegrown musical expressions as jazz and zydeco, along with other impacts the state has had on the U.S. music scene, with, for instance, Shreveport’s Municipal Auditorium serving as a launching pad for the likes of eventual household names Elvis Presley, Johnny Cash and Jerry Lee Lewis.

“We have such a plethora of musical talent,” Berthelot told her Toronto audience.

The visiting Louisiana delegation underscored its musical heritage by bringing Cajun music-influenced fiddler Amanda Shaw to perform for those attending the event, with Berthelot labelling Shaw an “amazing musician, and an amazing ambassador for Louisiana.”

Baton Rouge musical attributes include a blues festival, she noted.

Jesse Guidry of the Lafayette Convention and Visitors Commission in turn noted area musicians used the accordion that was previously popular among German musicians to create their own distinctive sound. “We’ve got a little something for everybody.”

“The Louisiana music scene is something else,” she added.

Attendees were also told by Cal Palermo of New Orleans & Company that those visiting New Orleans can enjoy live music on the riverfront and among city festivals is one devoted to jazz.

The delegations also touched on non-musical sides to the state, with Shalisa Roland of Visit Lake Charles – which promotes itself as Louisiana’s Playground – saying nature enthusiasts arre certain to appreciate its Creole Nature Trail, which among other things enables visitors to see large numbers of different bird species and alligators.

Caroline Byrne of the Atchafalaya National Heritage Area reported that her district is home to the largest freshwater swamp in North America. “If you’re into swamps, I’m your girl.”

Wilma Harvey of River Parishes Tourist Commission in turn noted her destination’s claims to fame include it being the “catfish capital of the world.”

The unusual sides to Louisiana led to Berthelot telling her guests that her state is “fun and unique and a little bit weird.

“Come down and see us,” she added. “We’re ready to welcome everybody back.”

Seen in the middle of the Louisiana delegation is fiddler Shaw.