Home › News › If You Love Them, Set Them Free

If You Love Them, Set Them Free 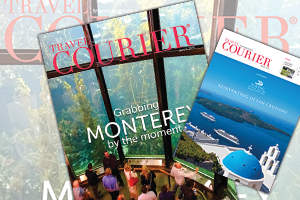 A Toronto-based animal rights organization says travellers should realize that wildlife is above all wild and shouldn’t be used to entertain tourists, reports Ian Stalker in this week’s digital edition of Travel Courier.

Melissa Matlow of World Animal Protection told a recent Toronto symposium on sustainable travel that tourists are generally sympathetic to the well-being of animals but are often unaware that they’re frequently mistreated for tourist entertainment.

Among acts Matlow condemned were ones that featured performing dolphins, snake charmers, and elephant rides.

Matlow appealed to people to shun rides offered on wild animals, adding “it’s a myth that elephants can be domesticated.” In fact elephants used to ferry tourists often undergo “harsh training” that can include being whipped, she said.

She noted that many tour companies that have offered the likes of elephant rides have decided to drop them, a development she welcomed.