Lufthansa Brings A350-900 To Vancouver 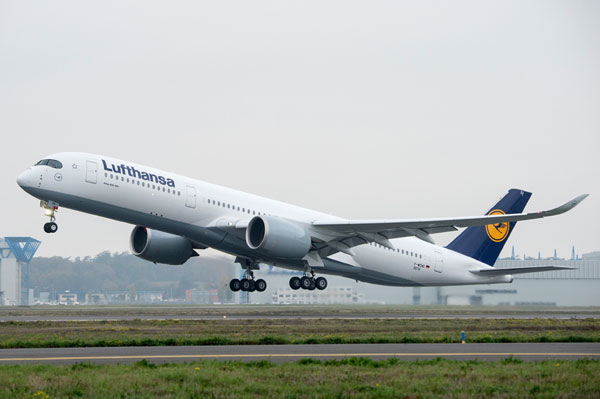 Lufthansa is increasing seat capacity to Canada this year, and Vancouver is leading the charge.

YVR will be the first destination in Canada to get services by one of Lufthansa’s new flagship Airbus A350-900 aircraft, which will take the place of an A330.

That will give Vancouver an increase in seat capacity of 11% by the German carrier. Flights with the A350 commence on May 1 and it will operate on the Vancouver-Munich seasonal summer route on a daily basis. Flights will continue on the route until the conclusion of the summer season, on Oct. 27.

“Placing our A350 flagship aircraft on the Vancouver route during the busy summer travel season shows how greatly we value and are committed to this market,” said Tamur Goudarzi Pour, Lufthansa Group VP of airline sales for the Americas.

Goudarzi Pour led a team of Lufthansa North American executives that came to Vancouver recently to help spread the word about the new aircraft on the YVR route. Amongst them were Hans DeHaan, Lufthansa director for Canada, and both commented on the new comfort standards that are being set by the A350s that wear the Lufthansa livery.

For instance, the award-winning economy class features special ergonomically formed seat upholstery, and the cabin provides travellers with more personal and storage space. Also, passengers reach their destination feeling well-rested, given significant improvements to the aircraft’s cabin pressurization system. There is also an LED lighting system that adjusts to the day and night-time rhythms of the passengers.