Home › Airlines › What’s On The Menu?

What’s On The Menu? 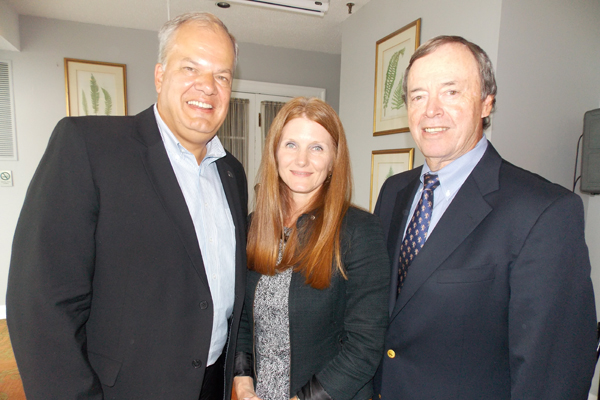 Baxter Media, along with its co-sponsor the Greater Toronto Airports Authority (GTAA), hosted its annual luncheon for Toronto area airline managers at the Boulevard Club in Toronto.

About 50 representatives from a number of major airlines serving the GTA were on hand for the relaxed event that offered an opportunity for the executives to catch up with friends and colleagues following the summer 2019 break.

David McClung, president of Baxter Media, welcomed the crowd, telling them that airlines play a critical role in getting Canadians travelling.

He also pointed out that airlines have also been key partners for Baxter Media over the years, contributing to the success of the company. As well, McClung thanked the GTAA for its support and co-sponsorship of the annual event.

Observing that the aviation industry is a demanding industry, Colville provided her audience with an overview on how IATA has been serving its Canadian members.

She noted that in 2018, IATA carriers handled four billion passengers and the average cost of air transportation was half of what it was two decades ago.

And while things have been good for airlines for the past decade – in terms of seeing consistent profitability – the expectations for 2019 are that profits will be squeezed as a result of a number of factors that include fuel prices and taxes, to name but two. On the other hand, Colville told her audience that in the next 20 years, air traffic will double.

Right now, IATA is gearing up for the 40th Annual ICAO General Assembly that will take place in Montreal in late September and see industry stakeholders discuss a wide range of pressing issues.

In her talk, Colville also offered an update on where things stand with IATA’s (and 16 airlines) court filing on Canada’s Air Passenger Protection Regulations (APPR).

A key issue for IATA is that the APPR is not clear and concise and the association and its members have concerns about the extra-territorial issues it raises as well as the compensation rules outlined, which IATA argues violate the Montreal Convention.

IATA has now been granted the right to appeal, so stay tuned, there will be lots more to come on the APPR.