Lynx Is Ready To Pounce 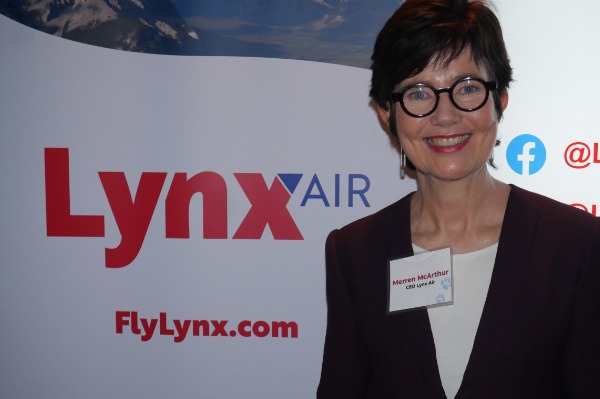 It’s just a few more days until Canada’s newest airline takes to the skies for its first scheduled flight.

Lynx Air is scheduled to take off with flight number one from Calgary to Vancouver on April 7. The new Boeing 737 aircraft on the route will return to Calgary on that same day, kicking off the first set of scheduled flights for the new carrier. The round-trip Calgary-Vancouver rotations will fly seven times per week, increasing to 14 times per week from May 20.

Lynx Air is using an “ultra-affordable” business model, and modifying the LCC (low cost carrier) model to do so. This is allowing it to offer one-way airfares that start as low as $39. For instance, a one-way Vancouver to Kelowna flight is now selling for $49, Vancouver-Winnipeg one-way for $49, and Vancouver-Toronto one way for $69.

As might be expected, the Lynx ultra-affordable business plan is “purchase optional,” whereby ancillaries like seat selection are offered for fees that vary according to the length of the flight. Similarly, one carry-on bag per traveller (small suitcase, duffel) is permitted for a fee.  These range from $30 for a short flight (under 1,000 km.), to over $50 for a long flight (over 3,000 km.)

“The model is about simplicity, efficiency and empowering customers to pay for what they want and nothing more,” said Merren McArthur, CEO of Lynx Air.

McArthur, who previously served as the CEO of ultra-low-cost carrier Tigerair Australia, spoke recently at a media event in Vancouver.

No food will be available for sale onboard the aircraft, and McArthur says Lynx is encouraging passengers to bring their own meals from home or their favourite restaurants.

But Lynx really expects to shine in terms of customer service, as compared to “cheap and nasty” LCCs, said the CEO. “Offering the best possible customer service doesn’t cost extra to do,” said McArthur. “We just need to listen closely to what our customers want and make sure we deliver on that, to gain their trust and loyalty.” The goal will be to redefine the LCC model with this customer-focused approach, she said.

The availability of ultra-low cost carriers in the Canadian market is very limited, at about 12% of all flights across the country, and just 3% on the Toronto-Vancouver route, said McArthur. As such, there is a great market opportunity for Lynx Air to generate passenger bookings, she said.

With this anticipated demand, Lynx is planning to expand its fleet to 46 aircraft over the next seven years.

Go to www.FlyLynx.com for more.