Lynx Takes Off From Calgary 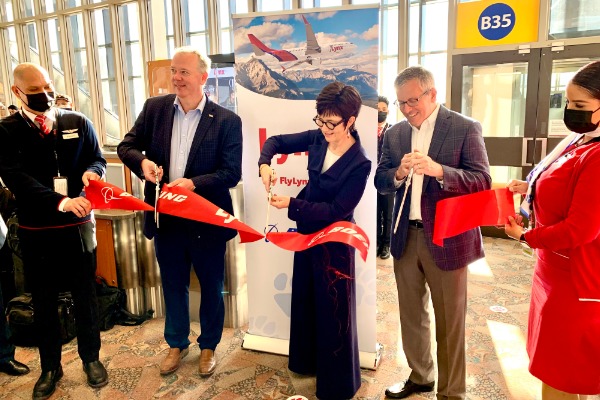 Lynx Air took to the skies yesterday (April 7) with its inaugural flight from Calgary to Vancouver.

The carrier operates a fleet of three brand-new Boeing 737 aircraft and will ramp up quickly over the coming weeks.

Its next destination will be to Toronto, with its inaugural Calgary-Toronto flight taking off on April 11; and it will add Kelowna to its network starting April 15; Winnipeg starting April 19; and Victoria starting May 12.

Lynx will add two more aircraft to its fleet in the coming months, allowing it to further expand its network in the lead up to summer, including flights to and from Hamilton, Halifax and St. John’s at the end of June and Edmonton at the end of July.

By the summer, Lynx will be operating 148 flights per week coast to coast across Canada, which equates to more than 27,000 seats per week. One-way fares start from $39.

Merren McArthur, CEO of Lynx, said: “We are super excited to be finally taking to the skies today. I would like to thank and congratulate the entire Lynx team for the effort and planning that has gone into today’s launch. Lynx is on a mission to make air travel accessible to all Canadians, with a transparent, à la carte pricing model which empowers passengers to pick and pay for the services they want, so they can save money on the trip and spend where it counts – at their destination.  Air fares have been too high for too long in Canada, and we aim to change that.”

Lynx has ambitious growth plans, with commitments in place to grow its fleet to 46 Boeing 737 aircraft over the next five to seven years. The airline currently employs 165 people and will grow its workforce to more than 400 by the end of the year.

Go to www.Lynxair.com for more.