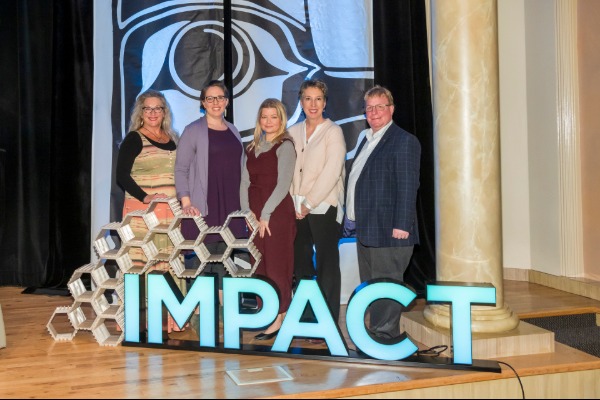 Both the attendance numbers and assessments by attendees have confirmed that this year’s edition of the IMPACT Sustainability Travel and Tourism Conference was a big success, reports Press Today’s western editor, Ted Davis.

“Each year we attract more delegates who are committed to ensuring tourism remains a positive economic driver that is sustainable for Canada,” said Deirdre Campbell, one of the founders of IMPACT and a key organizer.

IMPACT was held in Victoria at the Victoria Convention Centre.

She noted that the conference had set a goal of surpassing 350 attendees and this had been achieved with a turnout of 375. “This means we have doubled attendance year over year.” This was the third annual IMPACT.

“We had over 75 speakers and we moved to a panel format and reduced the amount of key notes to encourage more engagement. I think it worked!” said Campbell. She provided a few sample comments from attendees. For example, one said:

“So exciting to see how the event rose to a whole new level last week, and how everyone was so engaged. It was clear for me this time around that IMPACT is going to change our industry in a lot of positive ways we can’t probably imagine.”

And another said: “I go to a lot of conferences hosted by trade groups and rarely have I sensed such sincerity of intent and such a focus on doing something important in the world. So it really was a joy to be a small part of it.”

Some of the organizers of IMPACT were (l. to r.) Starr McMicheal, Kayli Anderson, Jill Doucette, Deirdre Campbell and Paul Nursey.