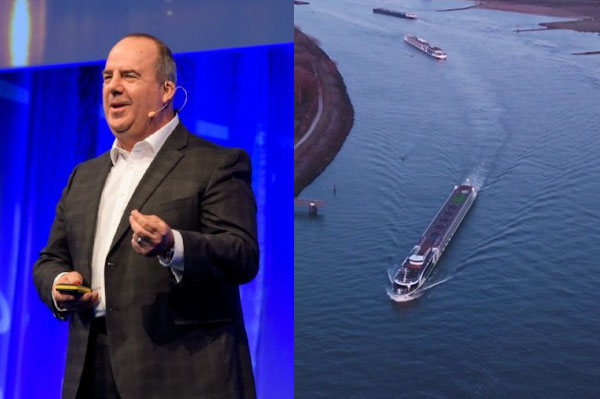 Virtuoso hosted its 2018 Symposium in the Netherlands recently, welcoming 591 of the industry’s top executives for discussions on trends, challenges, opportunities and the future of travel, as well as a host of networking opportunities.

Virtuoso Symposium is a high-level business meeting that brings together the most influential decision makers in up-market travel, including Virtuosos own leadership team, as well as guests including speakers and media.

In an industry first, seven cruise lines and six hotels banded together to display the differences between competing luxury river cruise ships and Amsterdam’s best properties – all of which are Virtuoso preferred partners.

During the event’s Opening Session, keynote speaker Anders Sorman-Nilsson, author of Digilogue, discussed “analog hearts and digital minds” and the divergent path consumers can take when making buying decisions — a theme he also explores in his book. He was followed by Matthew D. Upchurch, Chairman and CEO of Virtuoso.

Upchurch’s inspiring and insightful presentation focused on the myth of the intermediary, pointing out that travel advisors are a valued extension of their preferred partners’ sales force and they should be viewed that way.

Virtuoso-affiliated travel advisors, Upchurch stated, provide the highest rates at the lowest distribution cost – a fact reinforced by many of Virtuoso’s partners.

Plus, travel advisors provide valuable insight on their clients that leads to better travel experiences and loyalty.

They steer the right customer to the right products, ensuring the partner has a more qualified guest or passenger.

Reasserting the desire for authentic human connections, Upchurch talked about the overwhelming effect of DIY travel. Quoting Kwik Learning CEO Jim Kwik, he said people are suffering from “digital dementia” — the negative effect of too much reliance on technology — as well as “decision fatigue,” noting that research shows consumers make an average of 40,000 decisions per trip.

“The true definition of luxury is this: I choose to have someone do it for me,” Upchurch stated. “Without question, people have the ability to research anything they want or need, whether its travel or any other aspect of their life. The reason they’re coming to a Virtuoso advisor is because they want someone to collaborate with. They want someone who knows them so well that they can craft deeply personal and meaningful experiences, effectively making the advisor a specialist in them.”

And Upchurch observed: “There’s a kind of magic that happens through the combination of the agency, advisor and Virtuoso network that fundamentally changes the way our clients travel. Its an elevated experience that cannot be replicated any other way.”

Go to http://www.virtuoso.com for more.