Malta To Host 2022 USTOA Board Meeting 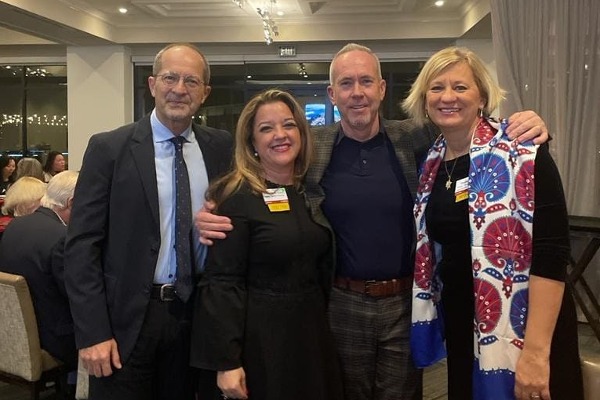 Malta — originally selected as the host destination for United States Tour Operators Association (USTOA) annual Out-of-Country Board Meeting pre-COVID — will host the meeting now rescheduled for May, 2022 at the Corinthia Palace Hotel.

Turkish Airlines will be the official USTOA Malta Board Meeting air carrier and will provide flights to Malta for all the USTOA attendees.

Turkiye Tourism Promotion and Development Agency (TGA) will host a two-day tour of Istanbul on the return from Malta as part of the USTOA Board Meeting’s event program.

Said Dale: “USTOA tour operator members, along with the media, have widely recognized that Malta is definitely a country to be seen and heard from and for that reason we wanted to keep our commitment to Malta to reschedule the meeting as the first post-covid out of country Board meeting, especially since the destination has acted so responsibly in restricting entry to Vaccinated travelers only.”

He continued: “Malta’s continued proactive messaging, even during the pandemic, in the North American market is making a huge difference in the minds of tour operators as well as consumers. The Out-of-Country Board Meeting in Malta will provide all the tour operators with an opportunity to experience, safely, first-hand why this hidden gem of the Mediterranean, will once again be trending in the US and Canadian travel market.”

Malta’s Michelle Buttigieg noted that: “The significance of hosting the first USTOA post-covid out-of-country Board meeting is especially important for Malta as it will reinforce the fact that Malta is as safe as a country can be at this time, in addition to reaching herd immunity, proof of vaccination is required from all in bound travelers.”

Buttigieg continued: “Since MTA rejoined USTOA seven years ago, the number of USTOA tour operators who have added Malta to their itineraries and those who are expanding their Malta tour product, has grown from five to more than 30 in 2019. Hosting the USTOA Out-of-Country Board Meeting will provide a great opportunity for the Board members to experience for themselves why their clients can travel to Malta with confidence as well as have a memorable experience.”

Commenting on Turkey’s partnership with Malta for this USTOA event, Ceylan Sensoy said: “As Turkiye’s newly established tourism board and a member, TGA is pleased to invite USTOA Board Members to Istanbul, a city located as a bridge between Eastern and Western cultures embracing visitors from all corners of the globe. From the early days of the pandemic, we launched one of the first country-wide Safe Tourism Certification programs in the world where we partnered with international certification companies to elaborate our own uniform set of measures for tourism establishments.  As the top-rated city in Europe, Istanbul is ready to offer USTOA a perfect mix of culture, history, delicious food, scenery and incredible hospitality.”

Alp Ozaman, Regional Marketing Manager, New York, Turkish Airlines observed: “We are excited to sponsor this gathering of the best in the tourism industry and provide the USTOA Board members who are traveling to Malta and Turkey, with an opportunity to experience first hand the Turkish Airlines’ award – winning service and hospitality.”

Go to www.ustoa.com for more.