Mexico On The Rebound At Tianguis 2022 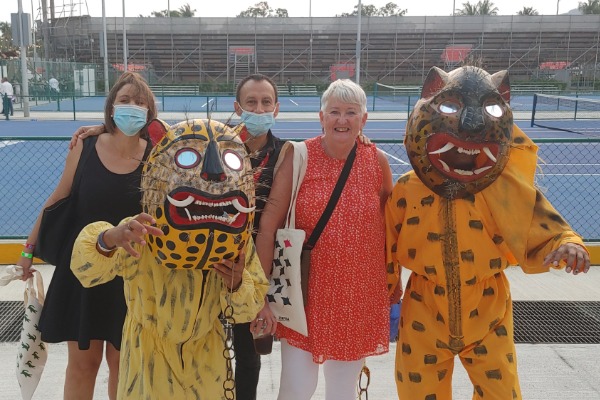 “Mexican tourism is really coming back in leaps and bounds,” she said during the Acapulco show. ‘People have confidence in the states’ governments’ ability to handle COVID.”

Meanwhile, officials announced that next year’s Tianguis will be held in Mexico City, a first for the Mexican capital.

Seen here with a couple of feline sorts at a Guerrero reception are Julieta Viggiano of Cangaroo, Mario Pineda of Juniper and Hansen Davey.